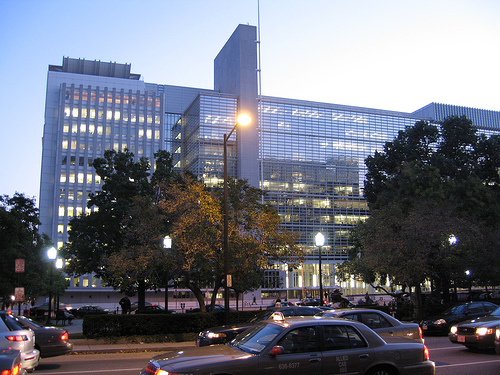 Participants in the survey include staff from the office of the President, Prime Minister, Minister, or Parliamentarian; employees of a ministry, ministerial department, or implementation agency; local government officials or staff; bilateral or multilateral agencies; private sector organizations; NGOs (including CBOs); the media; independent government institutions; trade unions; faith-based groups; academia or research institutes; and the judiciary.

The survey demonstrates a number of interesting findings related to current development priorities in the country, where the World Bank fits into this context, and how views of the Bank’s work in Mongolia have changed for the better or for the worse since the last survey fielded in FY 2007.

Stakeholders in Mongolia consider governance/government effectiveness the key development priority in the country. Private sector growth and mining are also considered critical elements in poverty reduction and economic growth. The survey suggests a link between employment opportunity and private sector growth. There is also a suggestion that infrastructure (basic) is a critical aspect of development in Mongolia.

Within this country context, the Bank’s perceived priorities are not viewed as fully aligned with what stakeholders think would be most useful for the Bank to prioritize. While stakeholders believe that the top Bank priorities in the country are growth, poverty, and government effectiveness, they would like to see the Bank focus more on, in Mongolia, government effectiveness, infrastructure, and then to a less degree, a number of areas at about the same level (private sector growth, education, poverty, growth).

It is important to note that “mining for sustainable development” is an area that stakeholders do not believe the Bank should prioritize, necessarily. This finding is not to suggest that the Bank should NOT prioritize the mining sector; however, it might want to reflect on how it can better present the Bank’s work in this area as critical (or at least linked to priorities such as governance, private sector development, etc.)

The World Bank’s work in sectors

While “poverty reduction” is not identified as one of the top development priorities in Mongolia, it is viewed as an area where the Bank emphasizes (not surprising or unexpected considering the stated mission of the Bank). Survey results demonstrate that ratings of whether the Bank’s work reflects its mission of poverty reduction and whether the Bank is an effective catalyst for discussion on poverty have gone down since FY 07.

How the Bank operates in Mongolia

Respondents value the Bank’s advice (policy and economic) most in FY 11, followed by its technical assistance. Knowledge and financial resources are of much less importance. ‘Knowledge’ has appeared to have dropped in terms of its value to stakeholder since FY 07. It would be useful to better understand how stakeholders distinguish knowledge from advice; is the former (Bank ‘knowledge’) too cumbersome, too long, too theoretical? Whereas ‘advice’ which might be considered more real time, solution oriented, and perhaps, applicable and useful?

Views of how the Bank ‘gets things done’ have diminished since FY 07 in a number of ways worth considering. Ratings of the Bank’s efficiency, the speed at which it disburses funds, and procurement requirements have all gone down significantly. In an environment where the World Bank is not the ‘only development player’ these findings are worth further discussion and exploration.

The Bank’s ratings on capacity building across groups (institutional, government, communities, etc) have gone down significantly since FY 07.

Four out of ten respondents identify the Bank’s greatest weakness (chosen from a list) as “not enough public disclosure of its work.”

Civil society itself believes very strongly that its ‘voice’ needs to play a larger role in the development discourse in the country.

A top priority for stakeholders related to the Bank improving its efforts on the ground continues to relate to increasing dissemination and discussion of findings from its own analytical work.

In Mongolia, a far greater percentage of stakeholders have used/use the PIC (nearly four out of ten respondents) than in most countries where there is a much lower reported rate of usage/awareness.

The survey findings demonstrate a clear shift among stakeholders to internet use for gathering information, although a still significant number of respondents (more than a quarter) reported that they get their information about the World Bank activities from workshops and conferences. It is useful for the web team to learn that while usage of the Bank’s websites has increased significantly since FY 07, there is increased use of the Bank’s website and decreased use of the country website. This may have an impact on how specific resources are spent. In addition, while virtually all respondents have internet access, 75% have used the Bank websites. There is opportunity for growth.