﻿ www.unuudur.com » The Effect of Mongolia’s Mining Boom on the Tourism Industry

The Effect of Mongolia’s Mining Boom on the Tourism Industry 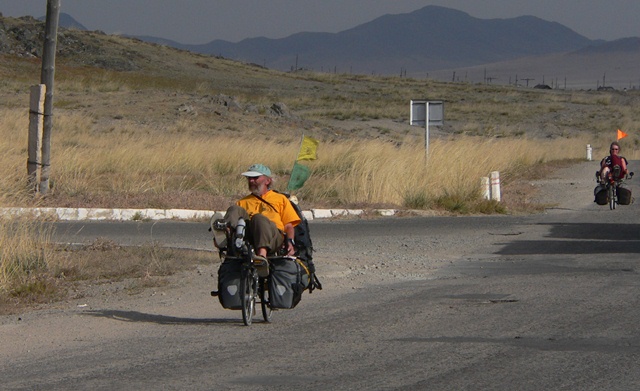 While I was completing my practicum with the Tourism Department at the Ministry of Nature, Environment and Tourism, I had the opportunity to meet with many of the major stakeholders in the industry. On several occasions, the relationship between the country’s rapidly expanding mining sector and the tourism sector came up in the conversation.

Without question, the recent mining boom has strained the tourism industry. Attention has been diverted from tourism, making it harder to mobilize the political will and donor funds needed to implement significant improvements. Meanwhile, the promise of more lucrative and stable contracts with mining companies has lured away many of the tourism industry’s best drivers, cooks and guides. This has particularly been the case in the Gobi region, which, in addition to being a top tourist attraction, is also the site of the country’s largest mining project. As a result, tour operators have had to increase wages in order to retain top talent. These wage increases are in turn recouped through higher tour prices. The problem is further amplified because speculation has driven up the value of the national currency, thus reducing the attractiveness of Mongolia as an international tourist destination by significantly raising the cost of travel. In addition, expansion in the mining sector threatens to degrade the country’s top tourist attractions, namely its nomadic culture and vast, unbroken terrain.

However the tourism industry can mitigate these problems. First, it can position itself as a training ground where students can improve their communication and language skills and hence, improve their chances of securing lucrative mining jobs in the future. While many young people seem to recognize the beneficial training that work in the tourism sector can provide, this link between tourism and mining does not appear to be well marketed within the industry. That is a shame, because this approach could increase the pool, and hence quality, of the student staff during the industry’s high season. Second, the anticipated mining boom in Mongolia has resulted in increasing numbers of expats and business travelers and has created a small upper class in the country. While little has been done to study and target these new markets, they could prove to be a real asset, particularly when it comes to increasing revenue during the shoulder and low seasons. And third, the increasing buzz over Mongolia’s mining boom has expanded international awareness of the country. The industry should find ways to use this awareness to highlight Mongolia’s attributes as a tourist destination.

While the country’s mining boom has created several new threats for the tourism industry, these threats can be mitigated by a forward looking tourism policy. However, first stakeholders need to recognize that the industry cannot grow by maintaining the status quo. They need to work together to find solutions to the human resource drain, inflation, and cultural transformation that the mining boom is creating. Fortunately, many stakeholders recognize the need to adapt, and have already begun looking for solutions.