﻿ www.unuudur.com » PDAC 2012: Rising taxes is one certainty for miners

PDAC 2012: Rising taxes is one certainty for miners 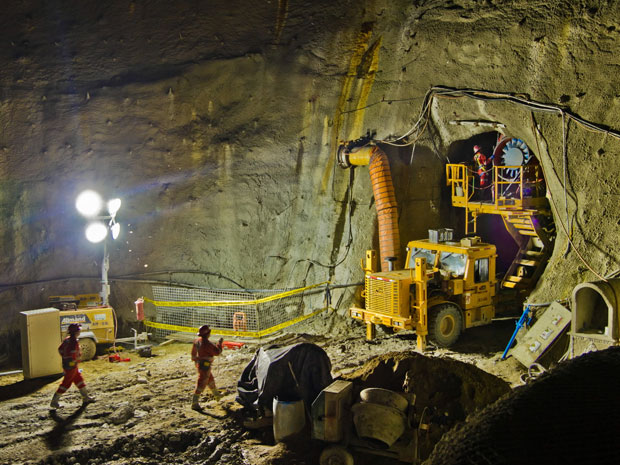 When Kinross Gold Corp. announced in December that it agreed to pay a 70% windfall profits tax in Ecuador, industry onlookers responded with some variation of the same phrase: “Kinross did what??”

There have been numerous examples through history of host countries forcing mining companies to pay windfall taxes. But Kinross broke new ground by supporting the tax in its exploitation contract. It appeared to be one of the biggest negotiating victories ever by a host government with a mining company, and it set a dangerous precedent for the industry.

The deal was non-binding, and Kinross is now renegotiating it and desperately trying to get better terms. But the fact that it agreed to such an arrangement in the first place speaks to a more important truth: Taxation in the mining industry is rising across the globe and poses a serious threat to companies of all sizes.

The list of countries that have proposed higher mining taxes in recent months is long. It includes South Africa, Ghana, Zambia, Kyrgyzstan, China, Philippines, Indonesia, Guatemala, Peru and numerous others. Tax hikes are coming in the form of royalties, corporate taxes, value-added taxes, profit sharing, windfall taxes and anything else a creative government can dream up. Chile introduced voluntary mining tax hikes as it tried to recover from a devastating earthquake in 2010.

“If you just Google the words ‘resource nationalism,’ you’ll find increasing numbers of hits on that over the last 24 months,” said Ed Heakes, a partner at taxation expert at Norton Rose Group.

In some respects, the trend toward rising mining taxes is natural and totally expected. Prices for most commodities are still very strong and companies are generating big profits. Governments can always be counted on to chase a bigger piece of the pie during the boom times, especially when they are facing massive deficits and need to generate more tax revenue.

“Guess which sector is doing really well. Why wouldn’t [miners] have a huge target on their back?” said Tom Whelan, head of the national mining practice at Ernst & Young, which recently declared resource nationalism as the biggest risk to the industry.

However, the rush to boost taxes today is unlike anything miners have experienced in recent memory. And these tax hikes are coming at an unfavourable time, because while commodity prices are strong, cost inflation is soaring through the roof and has completely changed the economics of mining. If companies cannot count on a stable tax regime that will last for years, it is harder for boards to justify investments that are now routinely in the billions of dollars, particularly as miners move into jurisdictions with greater political instability.

“Not having a clear sense of what the tax rate is going to be can have a huge impact on the overall economics,” Mr. Whelan said.

The fact is that to date, miners have gotten off relatively easy. The typical total tax haul in the mining industry is about 38% to 40%, experts said. In the oil and gas industry, windfall taxes are a fact of life in many places, and companies are used to paying much higher tax rates.

The Kinross-Ecuador deal provided a disturbing indicator of where things could go for miners. The total government haul for Ecuador was above 50%, with a 70% windfall tax kicking in at a gold price as low as US$1,650 an ounce. If gold prices shot much higher, the government’s take would be astronomical.

“Kinross never should have press released [the tax terms]. They should have said to the government that it’s completely ludicrous,” said George Topping, an analyst at Stifel Nicolaus. “The Ecuadorian fiscal regime is confiscatory. They might as well just nationalize.”

Canada has bilateral investment treaties in force with 21 different countries, which should provide Canadian miners with some confidence about investment stability overseas. But there are no African countries in that group, and some of the ones that are in it (like Venezuela and Ecuador) have not been kind to mining companies.

It is particularly notable that governments are raising taxes today, because they made a similar concerted push for higher taxes late last decade. It backfired when recession struck in 2008 and 2009, as miners drastically reduced their spending and government mining revenues vanished. Countries that enacted windfall taxes, such as Zambia and Mongolia, quickly repealed them.

Many experts thought the recession would be a wake-up call for governments that they should not try to bleed dry a cyclical industry when times are good, but it appears to have been forgotten already.

However, it is also clear today that if governments go too far with this mining taxation, they will face resistance. When former Australian prime minister Kevin Rudd tried to implement his infamous “super profits” tax on mining in 2010, it turned out to be the tipping point that cost him his job. Likewise, the negative investor and analyst reaction to the Kinross-Ecuador deal shows that the government clearly went too far in that case.

Experts said there is also a long-term risk to countries that try to seize higher taxes, as exploration dollars will drift elsewhere to lower-tax jurisdictions. Ecuador is a prime example of that, as exploration activity is not nearly as strong today as it was a few years ago.

“I think [governments] who step too far will quickly realize the impact and will hopefully try and consult,” Mr. Whelan said.

“The best companies, the ones that understand the importance of having good relationships and a good reputation, will engage in those discussions.”