Government vows no cuts in this year’s foreign aid budget 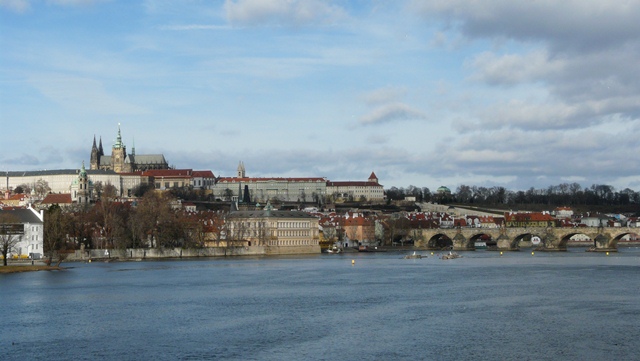 The Czech Foreign Ministry has vowed that in spite of severe austerity measures, this year’s budget for the country’s foreign development aid will not suffer any cuts. The Czech Development Agency is planning to spend over 430 million crowns on development projects mainly in countries that have been earmarked as priority recipients, including Mongolia, Ethiopia, Moldova, Afghanistan, and others.

A modernized power plant in the capital of Mongolia, a reconstructed water treatment plant in the Moldovan town of Cimişlia, new trams for the Bosnian city of Sarajevo, and a modernized hospital in Ethiopia: these are some of the projects co-financed by the Czech Development Agency, an affiliate of the Foreign Ministry. I asked the head of the agency, Michal Pastvinský, which of last year’ projects he considered to be a particular success.

“I’d say it’s the project of the reconstruction of a waste water treatment plant in Nisporeni, in Moldova. That’s an example of good coordination with other donors in the region.

“Also, a joint programme called Pharma in Bosnia Herzegovina where we are working together with USAID and the Swedish SIDA agency. So these are some examples of successes and a good division of labour in the beneficiary country.”

In 2011, the agency spent 430 million crowns, or more than 22.5 million US dollars on foreign development aid. The Czech Republic’s total contribution is around four billion crowns per year; however, that figure includes payments to various EU, UN, and other international agencies.

The Czech Republic has pledged to annually increase its foreign development aid. But deputy foreign minister Tomáš Dub says that given the government’s austerity measures, he considers this year’s development aid budget, which will be roughly the same as last year, a victory.

“We are keeping the same budget that we had last year and we don’t want to decrease it. Foreign development aid is an important tool of our foreign policy and we want to keep our focus. You cannot keep focused without money so we will also keep the same financial levels.”

In 2010, the Czech government changed the way foreign aid is provided. All bilateral projects are now run by the Czech Development Agency. The new strategy also earmarked several countries as priority recipients of Czech aid: Afghanistan, Bosna and Herzegovina, Ethiopia, Moldova and Mongolia. These countries will receive the bulk of Czech foreign aid this year. Tomáš Dub again.

“We want to focus on fewer countries but we want to do more there. That’s the real reason; it’s not all about the budget and savings. It’s about giving more money to the top priority countries for a better effect.”

One of the priority countries for Czech foreign aid remains Afghanistan where Czechs are involved in agriculture teaching programmes. However, due to the high security risks in that country, projects in Afghanistan only received 1 percent of the agency’s budget last year, the situation will remain the same 2012.