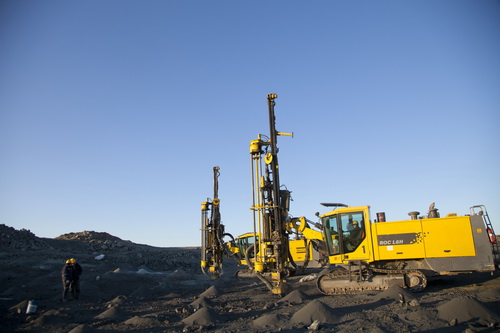 Mongolia-based iron-ore miner Altain Khuder is reportedly seeking to raise as much as HK$7.8 billion via an initial public offering in Hong Kong this year.

Its major asset, the Tayan Nuur mine, is close to the mainland border and started exports in 2009. And in 2008, Altain Khuder signed a 15-year contract with the Xinjiang branch of China steel giant Baosteel Group.

In other action, China Yongda Automobiles Services Holdings ends bookbuilding today for its HK$3.37 billion float. The international tranche was oversubscribed one time, but the retail portion failed to attract margin orders. Trading is set for next Wednesday.

Separately, Malaysia’s Felda Global Ventures Holdings plans to raise up to US$3 billion (HK$23.4 billion) on the Kuala Lumpur exchange, making it the world’s second-largest IPO this year after Facebook.

Meanwhile, the stock market regulator said the proposed criminal liability for misconduct by IPO sponsors is “not [meant] to put bankers in jail.”

Securities and Futures Commission chief Ashley Alder said: “What we want to do instead is improve the quality of due diligence done by sponsor firms.”

But he ducked questions on any SFC “safe harbor” for accountants or auditors of IPO candidates.