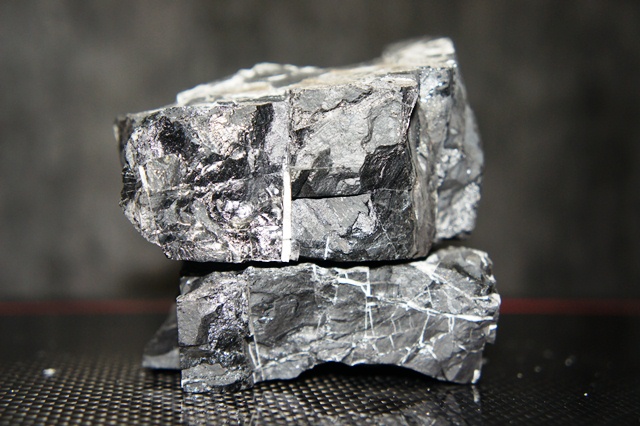 Prophecy Coal Corp. (“Prophecy” or the “Company”) CA:PCY +6.25% (otcqx:PRPCF)(frankfurt:1P2) is pleased to announce that it has entered into a coal sales contract with a local Mongolian direct reduced iron (DRI) manufacturing plant (the “Buyer”), for the sale of 22,100 tonnes of thermal coal from the Company’s Ulaan Ovoo mine.

The Buyer has indicated that the initial 22,100 tonne purchase is to meet shortfalls from current suppliers and that it would eventually like to increase the supply from Prophecy to 300,000 tonnes on an annual basis. The Buyer currently purchases in excess of 850,000 tonnes of coal annually from various local suppliers.

The pricing is competitive to offers received from Russia, and sets a benchmark for Prophecy to continue offtake discussions with other local industries in a surging Mongolian economy, for which the Mongolian government forecasts 19% GDP growth for 2013.

Prophecy’s high quality thermal coal (NAR 5100 kcal/kg) is ideal for DRI, which is also known as sponge iron. DRI is produced from direct reduction of iron ore in the form of lumps, pellets or fines by a reducing gas produced from burning coal. The coal must be lumpy and of high calorific value, however temperature does not have to reach blast furnace levels, hence coking coal is not required. The reducing gas from the coal is a mixture majority of hydrogen (H2) and carbon monoxide (CO) which acts as a reducing agent. This process of directly reducing the iron ore in solid form by reducing gases from coal technology has been developed to overcome some of the high costs and difficulties of conventional blast furnaces.

DRI product is one of the chief raw materials in steel-making as it has higher qualities and advantages compared to scrap irons and pig irons. DRI products are in high demand and have been quoted in China at over US$300 a tonne.

John Lee, Chairman and CEO of Prophecy, who resides in Ulaan Baatar, states: “As we move past the mine establishment phase at Ulaan Ovoo, we anticipate steadily decreasing operating cost and increasing sales quantity and price. Our goal is to make Ulaan Ovoo operations cash flow positive in the near term without relying on Russian or Chinese export markets.”

The Company continues to make progress on opening the Zeltura border crossing (10 km from the Ulaan Ovoo mine) to facilitate coal export to Russia, which would then increase the total demand for Ulaan Ovoo coal past 1 million tonnes a year.

Further information on Prophecy Coal can be found at www.prophecycoal.com .

Prophecy Coal Corp. is a Canadian listed company engaged in developing energy projects in Mongolia. Prophecy’s Ulaan Ovoo mine is in production. Prophecy’s proposed 600 MW mine-mouth power plant adjacent to the Chandgana coal deposit has been permitted by the Mongolian government. Negotiations on financing, power purchase agreement and construction management are underway.

Mineral resources that are not mineral reserves do not have demonstrated economic viability.

ON BEHALF OF THE BOARD OF DIRECTORS

Neither the TSX nor its Regulation Services Provider (as that term is defined in the policies of the TSX) accepts responsibility for the adequacy or accuracy of this release.