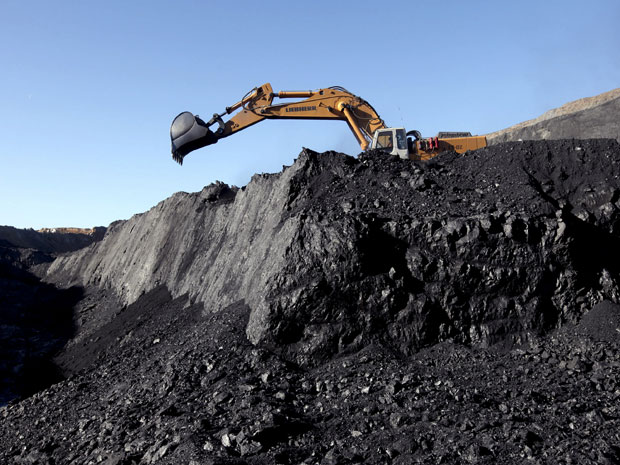 outhGobi Resources Ltd. says it will stop production at its Mongolian coal mine this month, amid a controversial Chinese takeover bid for the Canadian mining company.

Operations at the Ovoot Tolgoi Mine “will be entirely curtailed” as of the end of this quarter, SouthGobi Resources Ltd. said in a statement through the Hong Kong stock exchange. It cited weak market conditions and regulatory issues.

The company said earlier that Mongolian authorities asked it to suspend production while they review a plan by state-owned Aluminum Corp. of China to acquire a majority stake in SouthGobi from Ivanhoe Mines Ltd.

Both Ivanhoe and SouthGobi have most of their operations outside Canada but are listed on the Toronto Stock Exchange and have corporate head offices in Vancouver.

Mongolia has profited from selling coal, copper and other minerals to China’s booming economy but some in the sparsely populated North Asian nation are uneasy about possible economic domination by their giant neighbour.

Chalco’s plan to buy a 57.6% stake in SouthGobi from Ivanhoe triggered anxiety in Mongolia about Chinese ownership of a major resource producer.

Last month, Mongolia’s parliament passed a foreign investment law that appeared aimed at stopping Chalco. It requires government approval for investments in mining or other strategic industries if the investors are foreign state-owned companies or if foreign investment would exceed 49% of the venture.

Phone calls Tuesday to Chalco’s Beijing headquarters were not answered.

Chinese mining and energy companies have been investing abroad in hopes of capturing more of the profits from global demand for resources.

Mongolian leaders want to develop their economy by creating industries to process minerals and other resources before they are exported. They worry Chinese owners might undercut that by shipping raw ores and other materials across the border for processing.

SouthGobi said it has failed to receive regulatory approvals and permits due to the uncertain situation. It said that included approval of an environmental report that is required to move ahead with plans to operate a coal handling facility.

The company said it already has cut back operations at Ovoot Tolgoi to avoid having too much unsold inventory on hand.