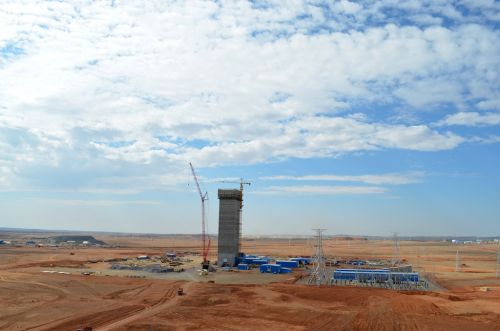 Mongolia’s latest general election was a victory for democracy, but what it will mean for foreign companies heavily invested in the country is still up in the air. With strong public support for resource nationalism, there is growing concern from major mining groups with developing projects that they will not see the returns they are expecting. Yet it is clear that given Mongolia’s copper wealth, junior miners cannot afford to stay away.

“Bad governance and mining wealth have rarely been a good mix for the fortunes of a developing resource-rich country,” cautioned Nyamosor Tuya, a visiting fellow at the Center for Northeast Asian Policy Studies at the Brookings Institution. “In the coming years, the challenge for Mongolia’s newly elected leaders and the country as a whole will be to rise to the occasion and not squander the opportunity presented to bring prosperity to its citizens, strengthen the economic underpinning for a sustainable democracy, and consolidate its international status.”

Before the elections in late June, the Mongolian parliament passed a law limiting foreign ownership in major industries including mining and capping foreign ownership in strategic sector companies valued at over $75 million to 49 percent. The former Soviet-controlled nation elected 31 members of the opposition Democratic Party to the 76-member parliament, nine of which are widely believed to be strong proponents of greater distribution of the mining wealth to citizens as well as free distribution of land. Party leader Nambar Enkhbayar has called for privately-owned mines to be nationalized after 20 years. The Democratic Party is expected to form a government together with the Justice Coalition, which advocates increased national control of the mines as a means to address the poverty faced by over 30 percent of its population.

Mongolia has over 6,000 deposits of 80 different minerals and is home to one of the biggest copper projects in the world. The country’s allure has surged since development of the Oyu Tolgoi copper mine, which promises over 81 billion pounds of copper as well as 46 million ounces of gold. Still, if Enkhbayar’s proposal becomes law, the mine site that was discovered in 2001, would be handed over to the Mongolian government after eight years of commercial production, which is slated for the first half of 2013. That would certainly not be enough time for either Ivanhoe Mines (TSX:IVN), which owns the mine, nor for Rio Tinto (NYSE:RIO), which holds a 51 percent stake in Ivanhoe, to recoup their investment in Oyu Tolgoi currently estimated at $13 billion.

Still, many analysts are hopeful that the incoming government’s rhetoric will be toned down as politicians focus less on attracting voters and concentrate more on ensuring sustainable growth. Certainly, it is in the best interest of policymakers to ensure that Oyu Tolgoi succeeds as it is expected to account for over 30 percent of GDP once completed. Its success will be critical in maintaining existing and attracting new private capital.

“The paramount importance of attracting and retaining foreign investment in developing Mongolia’s economy has been recognized,” stated Resource Investment Capital. “Leveraging on its strategic location with close proximity to emerging market economies combined with a very attractive landscape of existing mining projects and largely explored mining opportunities, Mongolia’s natural resources sector is set to be redefined as it experiences substantial growth over the coming years.”

In a Center for Strategic and International Studies briefing, Stephen Noerper, a former visiting professor to the National University of Mongolia’s School of Foreign Service, echoed that sentiment.

“With foreign support, (Mongolia) has the extractive capacities (to mine copper and other commodities) and is building the needed transportation lines. Managing this new wealth is a challenge for Mongolia’s leadership, and it has looked to nations like Chile and Norway for examples of effective management of the commons and sovereign trusts,” Noerper said in a recent report.

Foreign investors are remaining committed to profiting from Mongolia’s resources, and the number of junior mining companies in Mongolia has blossomed as Oyu Tolgoi nears completion. Halifax-based Erdene Resource Development (TSX:ERD), for instance, separated into two pubic companies last month to divide its North American and Mongolian development efforts. The move will allow Erdene to have a “dedicated Mongolia management team with greater flexibility to access capital for future programs” as it looks to develop its Zuun Mod copper and molybdenum project as well as its Altan Nar gold discovery, the company said.

Australia’s Voyager Resources (ASX:VOR), meanwhile, fully acquired the Khongor copper and gold project in 2010, which is in the South Gobi Arc terrain where the Oyu Tolgoi mine is located. Voyager said that it “fully supports the right of the Mongolian government to implement (the latest) foreign investment regulation and the company notes that, provided this new legislation is applied sensibly, the effect of this new legislation will be not dissimilar to the foreign investment review procedures that exist in many other jurisdictions, including Australia.”

One dispute that will be closely monitored to gauge the new Mongolian government’s stance regarding foreign investment is the Aluminum Corporation of China’s (Chalco) bid for coal mining group SouthGobi Resources (TSX:SGQ), in which Ivanhoe Mines has a majority share. Chalco’s $926 million bid in April for SouthGobi has been supported by Ivanhoe, but the Mongolian government has challenged the legitimacy of the move under the new foreign investment law.

In last week’s meeting in Ulaanbaatar, US Secretary of State Hillary Clinton praised the country’s efforts to ensure greater transparency as it embraces democracy, while current Mongolian President Tsakhiagiin Elbegdorj said that “intensive economic growth gives many opportunities.” Regardless of political shifts, Mongolia’s economic growth depends not just on its mineral wealth, but also on partnering with junior miners and major mining groups alike for the long haul.