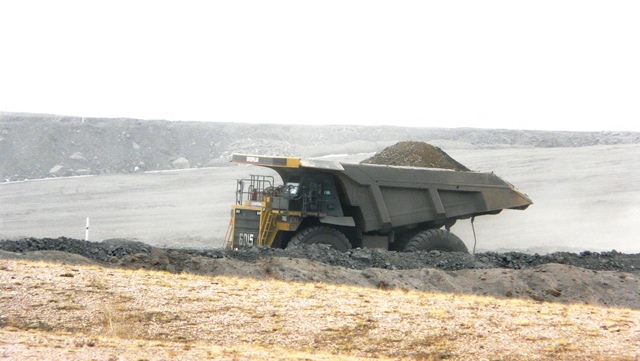 According to the Asian market experts, Mongolia is going to be a major future supplier of commodities from coal through gold to copper – and maybe even crude oil, with a subsidiary of PetroChina (NYSE: PTR) and others developing deposits in the Eastern Gobi Desert. Mongolia has extensive mineral deposits: copper, coal, molybdenum, fluorspar, tin, tungsten, and gold account for a large part of industrial production. However, copper, gold, and coal are going to be the major economic contributors to Mongolia’s growth over the next generation.

The development of Oyu Tolgoi’s copper deposits and coal project of Tavan Tolgoi, have the potential to establish Mongolia as a significant supplier of these commodities in the Asia/Pacific region. Mongolia is already having an impact on the regional economy, selling coal to China at 1/3 the cost of them getting similar quality fuel from Australia. Mongolia’s coal reserves are so vast that at current consumption rates they could supply all of China with coal for the next 150 years.

It is a good opportunity for Mongolia as the demand of these commodities is expected to rise in Japan, China, India, Korea and Taiwan as well as the EU27, where Mongolia enjoys one of its strongest trade balances.

As a quick rundown, Mongolia ran a trade deficit of ~$1.0 billion US in 2010 with imports of $3.7 billion USD, trading primarily with (according to EUROSTAT figures)

While imports in 2010 were $2.7 billion, with the following breakdown:

In May the country adopted new rules for investment aimed at providing a regular structure over what part of any new mining project would be retained by Mongolians. Any new foreign investment into a strategic business sector (mining, banking/finance, media, telecommunications) that would purchase more than a 49% stake now requires both government and parliamentary approval. This is in direct contrast to far more stringent rules on foreign ownership in Vietnam, for example. The original version of the bill looked a lot like Vietnamese foreign ownership rules. In the end they look more like those in effect in places like Australia and Canada.

Oyu Tolgoi, also called “Turquoise Hill” is an isolated spot in the Gobi desert south of the capitol Ulaanbaatar and is the biggest foreign investment project in Mongolia: a copper-and-gold mine that is ramping up quickly and is projected, by 2020, to account for about one-third of Mongolia’s GDP alone.

The negotiations over Oyu Tolgoi took years to work out with the Mongolian Government who wanted to ensure that all of the benefit would not be extracted and sent outward, leaving a dried up husk in the classic mining town tradition of the American and Canadian West.

Rio Tinto (NYSE: RIO), after a hostile takeover of Ivanhoe mining, now Turquoise Hill (NYSE: TRQ), controls 51% of the project, while Mongolia retained 34% ownership in the site. Oyu Tolgoi has an estimated value of more than $350US billion in copper and gold and is due to begin producing ore in 2013.

Oyu Tolgoi alone is what is driving so much of the buzz surrounding Mongolia but it only be the beginning. Its construction is the largest single factor in GDP growth. From 2013 its sales will start adding an average of approximately five percentage points a year to the national growth rate up to 2020, when its impact on the economy will peak. With gold’s recent breakout from range and the SPDR Gold Trust ETF (NYSEMKT: GLD) pushing past resistance at $164, Oyu Tolgoi’s value will rise quickly and with it the prospects to turn Mongolia into the Abu Dhabi of Central Asia.