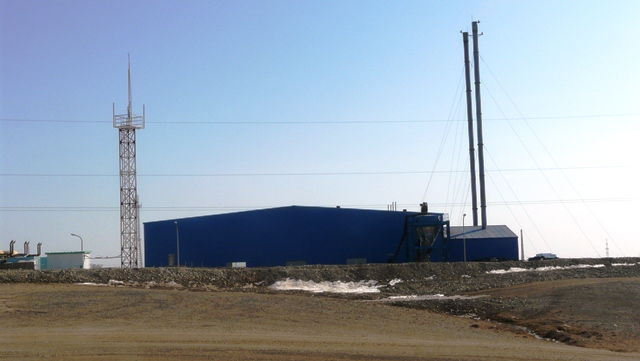 Mongolia’s new government will ignore calls for the nation to take a larger share of Rio Tinto Group’s Oyu Tolgoi copper and gold mine, focusing instead on attracting overseas investors to the country’s biggest coal field, the foreign minister said.

The four-party ruling coalition of Mongolia, which the World Bank said was the world’s fastest growing economy last year, hopes to name “within months” who will develop part of the 6-billion-metric-ton Tavan Tolgoi coal field, Luvsanvandan Bold said in an interview in Tokyo on Oct. 2. The project, which has the U.S., China, Japan, Russia and South Korea interested, is a priority, he said.

Mongolia is “pro foreign investment, pro economic freedom,” said Bold. Parliament last month voted down a proposal by some lawmakers to seek immediate renegotiation of the $6 billion Oyu Tolgoi accord that gives the nation 34 percent of the project and a Rio Tinto unit the rest, he said.

Mongolia’s new government led by Prime Minister Norovyn Altankhuyag is trying to balance growing nationalism and wealth disparity with support for foreign investors at a time when the economy of its biggest trading partner, China, slows the most in three years. That slowdown caused a 39 percent drop in Mongolia’s exports in August from a year earlier, the biggest fall since at least February 2009, according to Bloomberg calculations based on the National Statistical Office of Mongolia data.

Bold is the first official from Mongolia’s new government to visit Japan, which offers the best new economic partnership in the Asia region, he said. An ex-defense minister and a former chairman of Golomt Bank of Mongolia LLC, the nation’s second- largest lender, Bold is a member of the Democratic Party, which won the June elections and went on to form the ruling coalition.

“Our priority is third-neighbor relations,” Bold said, referring to landlocked Mongolia’s effort to develop ties with nations outside its two main neighbors China and Russia. “We expect our cooperation with Japan to go up a level. We want to broaden it, especially with Japanese banks and companies.”

China absorbed more than 90 percent of Mongolia’s exports in the first quarter, with most of the trade being in coal and copper, Mongolian statistics agency data show.

The first sign of how Mongolia balances its foreign relations between China, Russia, and Japan, as well as South Korea and the U.S., may come in the way the country splits the Tavan Tolgoi coal project, which also needs new rail lines and roads, as well as power plants.

Mongolia first announced and then said it would review an accord in July 2011 that planned to give China’s Shenhua Group a 40 percent stake in the coking-coal-rich West Tsankhi area of Tavan Tolgoi, with Peabody Energy Corp. (BTU) of the U.S. taking 24 percent and a Russian group the rest.

The initial shortlist of companies seeking to mine coal at West Tsankhi and build the infrastructure around it involved also a number of South Korean companies, such as steelmaker Posco (005490), and the trading houses of Japan led by Itochu Corp. (8001)

Mongolia would like to see Japanese companies making more investments and also bringing their technology to Asia’s most sparsely populated nation, Bold said.

Mongolia, which is almost three times the size of France, in May passed a law restricting the buying of assets in strategic industries by foreign state-owned companies.

As a result, state-run Aluminum Corp. (2600) of China Ltd. walked away from two Mongolia-linked purchases jointly worth more than $1.2 billion in the last month as the company said it did not expect to secure Mongolian government approval.

“We’re not closing the door on any country or any company,” Bold said. “There’ll be a policy towards balancing, but nothing that will hinder Chinese investment. There is already a high level of Chinese investment in mining and there will be in the future.”

With no sea ports to export to new Asian markets, Mongolia must rely on its neighbors for transit. The Tavan Tolgoi area is more than 1,000 kilometers away from ports in China and at least 5,000 kilometers from ocean hubs in Russia.

Japan’s trading houses Mitsui & Co. (8031) and Itochu, and Korean Resources Corp. agreed last year to start importing coal from Mongolia via Aluminum Corp. of China. The state company buys all the output from the East Tsankhi side of Tavan Tolgoi and re- sells 30 percent of the volume to Japan and Korea. Sumitomo has run trials shipments of coal through Russia.

The Oyu Tolgoi mine, one of the world’s biggest copper and gold discoveries, is due to start commercial operation during the first half next year. It will have an average annual output of 425,000 tons of copper and 460,000 ounces of gold, based on Rio estimates. Rio produced 520,000 tons of copper last year, according to its annual report.

The mine is now owned by Oyu Tolgoi LLC, in which Rio Tinto’s Turquoise Hill Resources Ltd. (TRQ) owns 66 percent and Mongolia the rest. The agreement between the two allows for Mongolia to increase its shareholding to 50 percent in 30 years from March 31, 2010, said Rio spokeswoman Karen Halbert in Melbourne.

To contact the reporter on this story: Yuriy Humber in Tokyo at yhumber@bloomberg.net