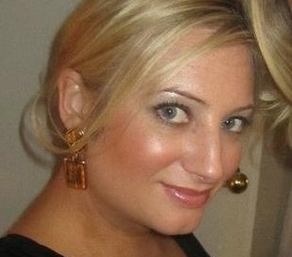 A 32-year-old Australian lawyer is trapped in Mongolia after being embroiled in serious allegations of money laundering, high-level corruption and bribery.

The claims involve senior local officials and hundreds of millions of dollars in mining assets.

She was released without charge within hours but barred indefinitely from leaving the country. Company officials say they have fears for her safety and Australian consular officials are working to get her out.

_The West Australian _understands she is under 24-hour protection with bodyguards.

A source close to the company said allegations that Ms Armstrong had knowledge of bribery and tax evasion were baseless.

He said her arrest was retaliation for separate allegations of corruption and bribery she made against Mongolian officials months ago.

“Anyone who knows the situation would see that these allegations are trumped up,” he said.

Ms Armstrong has lived in Hong Kong since she began working for SouthGobi 2 ½ years ago.

Her arrest by Mongolian officials came just over three months after she filed a notice for a SouthGobi affiliate, which triggered international arbitration proceedings against the Mongolian Government under an investment treaty with Singapore.

A Department of Foreign Affairs and Trade spokesman said he could not comment because of privacy obligations but confirmed the Australian Consul-General in Ulaanbaatar was providing assistance to a 32-year-old Australian woman prevented from leaving the country.

“She is not in detention and she has not been charged,” the spokesman said. “We understand she has been asked to assist local authorities with investigations.”

A Mongolian Embassy spokesman in Canberra said it did not have detailed information about Ms Armstrong’s arrest.

But he said SouthGobi Sands was having a “tax issue” and Mongolian law enforcement organisations were working on the case.

It is believed SouthGobi Sands president Justin Kapla, a US citizen, has also been banned from leaving the country for the second time in six months. He was previously detained in Mongolia as a designated witness for an inquiry into corrupt Mongolian officials from when he was working for an unrelated company in West Africa.

Mongolia is in the early stages of what is expected to be a mining boom fuelled largely by Chinese demand and Australian investment.