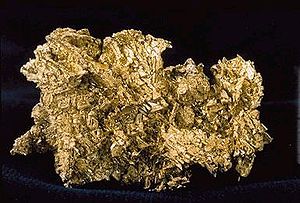 The Altan Nar prospect includes multiple epithermal gold discoveries over a five kilometre strike length. The initial target was drilled in October 2011 and resulted in the on-going definition drilling of the Discovery Zone (“DZ”) and testing of regional targets. The recently completed drill program consisted of 17 holes that totalled 2,465 metres, including 11 wide-spaced reconnaissance holes and six holes to test the lateral and down dip extension of the DZ. Complete assay results have been returned for 11 of the 17 holes (TND-42 to 52). Remaining assay results for TND-53 to TND-58 are expected to be received during the fourth quarter of 2012.

Previous results from the southwestern end of the DZ included 29 metres averaging 4.3 g/t gold and 24.1 g/t silver from hole TND-19 which was drilled 50 metres below the mineralization intersected in TND-09 that averaged 1.02 g/t gold and 12 g/t silver over 55 metres. The southwestern end of the DZ appears to be structurally displaced or pinched out, as confirmed by the results from TND-43 in the table below. The DZ remains open at depth and to the northeast. A map portraying the drill results projected to surface and the location of drill holes can be viewed on the Erdene website at www.erdene.com.