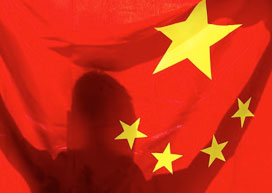 China, the world’s largest steel producer, aims to bring around 60 percent of total steel capacity under the control of its top 10 steel mills by 2015 as part of a wide-ranging plan to restructure its industries.

The Ministry of Industry and Information Technology (MIIT) announced on Tuesday it would encourage big state firms to acquire smaller rivals in a variety of industrial sectors, including automobile and machinery manufacturing as well as agriculture, metals and cement.

The government also plans to cut the number of firms involved in the exploration, smelting and separation of rare earths over the next three years.

Around half of China’s total steel capacity is now owned by the 10 biggest steel firms following previous restructuring programmes, but Beijing has struggled to overcome obstructionism and red tape from local bureaucracies, or change the economic incentives that have allowed small and private mills to thrive.

“It is still quite difficult to consolidate and the key issue remains the local governments — they remain big supporters of steel mills,” said Henry Liu, head of commodity research at Mirae Asset Securities in Hong Kong.

Overcapacity has been identified as one of the biggest problems facing the sector and the reason why profit margins remain perilously thin.

China said last month that it would also winnow down the number of small and private mills by raising environmental requirements, forcing steel producers to improve efficiency and install new equipment.

According to new guidelines included in a “five-year plan” to combat pollution, steel mills will not be permitted to build new capacity in 47 large cities, including Beijing, Shanghai, Tianjin and Chongqing.

While the new rules are likely to increase environmental costs, the majority of small and profitable private mills are likely to have the resources to upgrade and — if necessary — relocate, but most have already done so, said Liu.

Analysts say market forces are likely to be the determining factor in the end, and while the faltering economy has hurt the industry, officials have said it could also be a blessing if it puts the minnows under more pressure to restructure.

But Liu said conditions were still not bad enough to force some of the smaller players out of business.

“Even though we talk about the economic slowdown, the steel mills are fine — they are still making a decent return.”