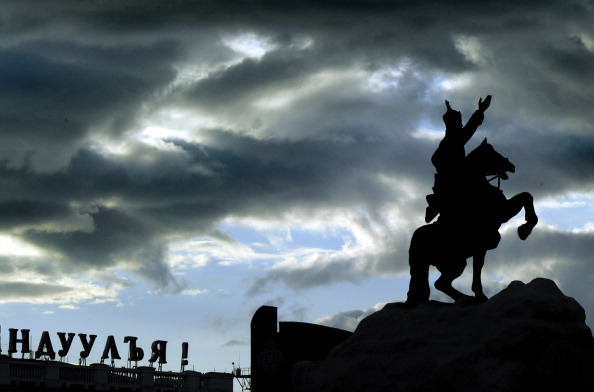 While Western economies have struggled to achieve two percent annual GDP growth of late, Mongolia has tallied rates well into two digits. After the Mongolian economy contracted 1.3 percent in 2009 — the height of the recession — it grew by 6.4 percent in 2010, and then by an astonishing 17.3 percent in 2011. And the stellar performance has only continued: The International Monetary Fund (IMF) estimates that Mongolia’s GDP increased by 12.7 percent in 2012, making it the fifth-fastest growing economy economy that year. The IMF projects a growth rate of 15.7 percent in 2013. But these jaw-dropping figures conceal deeper economic dislocations.

At first glance, Mongolia’s recent performance contrasts sharply with the country’s economic malaise in the early 1990s. After the collapse of the Soviet Union, the withdrawal of aid from Moscow and the decrease in trade with the Soviet bloc led to a precipitous economic decline, prompting Ulaanbaatar to seek assistance from international financial agencies. The “shock therapy” prescribed by the IMF and the Asian Development Bank, which consisted of privatizing companies, minimizing government, eliminating subsidies, liberalizing trade, and enacting austerity measures, exacerbated Mongolia’s difficulties. Unemployment, poverty, corruption, and the attendant social problems afflicted Mongolia throughout the 1990s and into the next decade.

But the Mongolian economy has not progressed as radically as that simple story suggests. In fact, much of the recent growth has derived from just one sector: mining. Recent discoveries of major copper, gold, coal, uranium, tin, and tungsten deposits have driven development. Many of these minerals and ores are located in southern Mongolia, not far from China, which is a voracious consumer of mineral resources. Scarcely any other industry, except for the production of cashmere wool, has been developed, making Mongolia highly dependent on the vagaries of global demand for minerals and ores and, perhaps even more important, increasingly reliant on China.

Invariably, the sizable Chinese market attracted the attention of mining companies. Among the first to recognize the potential of Mongolia’s natural resources was the financier Robert Friedland, who has a long history in the mining industry and was nicknamed “Toxic Bob” for the environmental disasters his companies have left in their wake. In 2003, one of his operations, Ivanhoe Mines (now Turquoise Hill Resources), secured a lease to search for minerals in a vast tract of land in southern Mongolia. Friedland’s repeated pronouncements about the extraordinary resources he and his team had found prompted a rush among Australian, Canadian, Chinese, French, and Russian businesses to obtain similar leases. In large part, Mongolia’s economic advances are built around this mining bubble.

A number of problems have bedeviled mining ventures in Mongolia. For one, given that many Chinese and Russian companies have shown scant regard for their own air, water, and land resources, they seem unlikely to care much about Mongolia’s. And mining wealth is not evenly distributed: it has accrued almost exclusively to an elite set of Mongolians and foreigners. To be sure, unemployed, poor, and desperate Mongolians, known as “ninjas” in the country, have tried to get in on the rush for gold and copper. Lacking expertise and proper equipment, they, too, pose hazards to the environment. The best estimate is that 100,000 such ninjas are currently operating as illegal prospectors. Not only do they pay no taxes; they also contribute to prostitution, gambling, and other illegal activities in Mongolia.

The policies of legitimate mining companies have been similarly controversial. In 2009, for example, Mongolian government officials negotiated a stabilization agreement with the British-Australian mining company Rio Tinto, granting it 66 percent ownership of a lucrative gold and copper mine at Oyu Tolgoi. The talks were, for the most part, conducted in secret, giving rise to considerable suspicions that Mongolia did not come out ahead. After the elections in June 2012, several members of the Mongolian parliament demanded a renegotiation. Rio Tinto and its Western government backers decried this move as “resource nationalism,” admonishing their Mongolian opponents to end their efforts. But the Mongolians demurred, intimating that graft and bribery — at their country’s expense — affected the course of the negotiations. Some critics have accused a few Mongolian officials of accepting payoffs or, at the very least, receiving gifts in exchange for consenting to the agreement.

The opposition’s charges are not off base; the level of corruption in Mongolia is astounding. In 2011, for example, Transparency International ranked Mongolia 120 of 182 countries on its corruption index (the higher the number, the more corrupt). The following year, Nambaryn Enkhbayar, the country’s prime minister from 2000 to 2004 and its president from 2005 to 2009, was tried, convicted, and imprisoned on charges of corruption. (His supporters claim that the case against him was politically motivated.) The mining sector appears to represent a particular hotbed of corruption.

The extraordinary level of corruption has complicated attempts to tackle Mongolia’s major poverty problem. According to the National Statistical Office, 39 percent of the country’s population was living in abject poverty in 2010. It then claimed that the rate was reduced to 29 percent in 2011 because of the increase in mining activity and GDP that year, but independent observers have challenged those numbers. Meanwhile, inequality is on the rise. Beggars and street children outside a recently opened Louis Vuitton store in the central square of Ulaanbaatar highlight the stark disparities between a small elite and the larger population.

Another sign of economic dislocation is the dramatic increase in Ulaanbaatar’s population. In 1990, less than 25 percent of the Mongolian population lived in the capital; by 2012, that figured had ballooned to 40 percent. A number of factors have produced this wave of in-migration, but the most important is the decline of the herding economy. After the end of communism, herders experienced a considerable reduction in government support, which is essential in a demanding and fragile nomadic pastoral economy. Without sufficient government backing for the construction and maintenance of wells and facilities for transporting animals to market, the provision of veterinarians, and the dissemination of information about weather and prices, herders have found themselves in an increasingly precarious position. Many have not been able to earn a living in the countryside and have moved into tent encampments surrounding the capital. These makeshift neighborhoods often have no running water or sanitation facilities; the trash they produce remains in huge piles for days or weeks on end; and the coal they use for cooking and heating contributes to Ulaanbaatar’s position as one the world’s most polluted cities. The increase in GDP over the past few years has scarcely touched the tent communities.

Some of the herders, especially in the Gobi Desert, have blamed the mining companies for undermining their livelihoods and compelling them to migrate. They have accused the companies of, on the one hand, diverting precious water in the desert for their own use and, on the other hand, dumping poisonous waste in nearby water supplies. Rio Tinto and other companies have responded that they actually have discovered new sources of water and not impinged upon the herders’ supply. Arbitrating these claims has proven exceedingly difficult, because the Gobi is so vast, remote, and difficult to traverse. Nevertheless, Mongolia’s environmental ministry has confirmed the drying up of close to 400 rivers, streams, and lakes throughout the country due to industrial (mostly mining) operations.

On the whole, ambiguity characterizes the dramatic increases in Mongolia’s GDP. Although the country’s mineral and natural resources appear to ensure continued economic growth, deeper problems — such as income inequality, poverty, the decline of the herding economy, and environmental degradation — remain. Absent better planning, less corruption, and more government regulation, these problems will only worsen. GDP growth alone, it turns out, is not a panacea.

This article is the first installment of a five-part series examining the fastest-growing economies of 2012, according to the IMF World Economic Outlook.