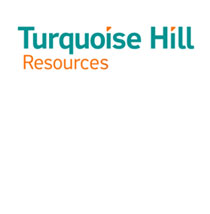 Turquoise Hill Resources Ltd said on Wednesday that it will sell its 50 percent stake in Altynalmas Gold for $300 million, as the miner looks to focus on the development of its massive Oyu Tolgoi copper-gold project in Mongolia.

Altynalmas owns the development-stage Kyzyl gold project in northeastern Kazakhstan. Turquoise Hill, an affiliate of Rio Tinto , will sell its stake in the closely held company to Sumeru Gold BV under the binding agreement.

The deal is subject to regulatory approvals.

Turquoise Hill, formerly known as Ivanhoe Mines and based in Vancouver, Canada, acquired an interest in the Kyzyl project in 1996 and took its stake in Altynalmas in 2008.

A deal to sell its stake in SouthGobi Resources fell apart in September, after China’s Chalco dropped its controversial bid in the face of political opposition.