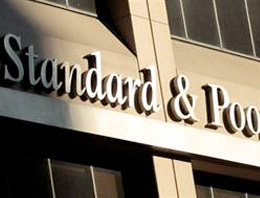 In an article, S&P Credit Analysts Andrey Nikolaev and Karl Nietvelt said the negative outlook “indicates a one-in-three chance of the rating being lowered in the next 12 to 18 months, if leverage is not reduced and the adjusted ratio of FFO [funds from operations] to debt does not revert to 40% on a consistent basis. This could for example be triggered by further increase in debt or declining iron ore prices to $120/tonne or below.”

Rio Tinto’s gross debt increased from $21.5 billion at the beginning of 2012 to $26.7 billion at the end of last year, due to record high capex of $17 billion and relatively weak cash flow generation,” said the analysts.

“We estimate that this translated into adjusted debt of about $33 billion (as we add asset-retirement obligations, pensions, and operating leasing, and deduct surplus cash). This is above the level of $30 billion that we see as commensurate with the current rating,” said S&P, which reaffirmed its ‘A-/A-2’ rating of Rio Tinto.

“At the same time 2012 cash flow generation weakened due to a combination of lower, although still healthy, prices for iron ore, and declining performance in copper, energy and aluminum business units,” the analysts observed.

“In addition, the company’s funds from operations (FFO) were weakened by high income tax payments in the first half of the year that were related to 2011. The adjusted FFO to debt ratio declined to about 30% according to our estimates, versus the 40% level that we see as commensurate with the rating and compared with 85% in 2011,” they added.

Nevertheless, the analysts said they could revise Rio’s outlook back to stable, if the company reduced absolute debt, coming from disposals or iron ore prices remaining materially above S&P’s working assumption of $120/tonne this year.