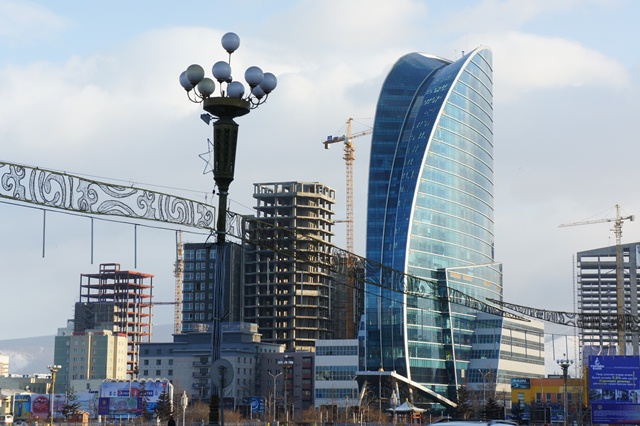 Inflation in Mongolia eased in February from a month earlier as the nation’s exports and imports declined.

The country’s consumer price index rose 11.3 percent from a year earlier in February, compared with an increase of 13 percent in January, according to data released by the National Statistical Office today. Exports for the first two months fell 4.7 percent from the same period of 2012 to $506.1 million as imports decreased 15.8 percent to $811.2 million, according to the statistics office.

Mongolia’s central bank cut interest rates in January for the first time since 2009 after economic growth moderated to 12.3 percent last year from a record 17.3 percent in 2011. Slower growth in China, which buys more than 90 percent of Mongolian exports, has reduced demand for its coal and copper.

Shipments of coal, the nation’s biggest export, rose by volume in the first two months to 1.79 million tons from 1.69 million tons in the same period of 2012, according to the statistics office. The value of the coal exports fell to $122.8 million from $187.7 million a year earlier due to lower prices.

The volume of copper concentrate exports slid to 90,900 tons in the first two months from 92,300 tons a year earlier, according to the statistics office. The value of the shipments climbed to $135.9 million from $128 million a year ago.

Mongolia as trade deficit in February shrank to $88.6 million from $154.8 million a year earlier, according to the statistics office.

Money supply growth slowed to 16.1 percent in February from 19.5 percent in January, the statistics office said.

To contact the reporter on this story: Michael Kohn in Ulan Bator at mkohn5@bloomberg.net