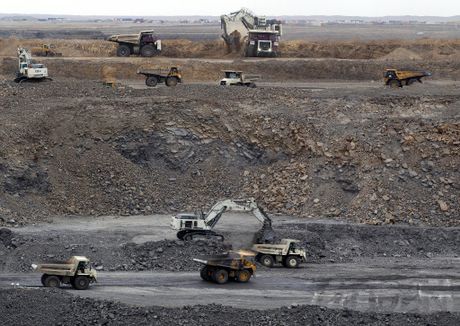 Mongolia is starting to take steps aimed at arresting a slide in investment in its crucial mining sector, looking to curb uncertainty over regulations that has been blamed for stalling copper and coal projects. Even so, miners remain cautious.

Regulatory concerns peaked last month when Rio Tinto threatened to delay the start-up of the $6.2 billion Oyu Tolgoi copper and gold mine, until it resolves a dispute with the government over their investment agreement.

“At the higher echelons…there’s at least the recognition that something’s wrong and needs to be fixed,” said Elisabeth Ellis, Ulan Bator-based partner at law firm Minter Ellison, which advises mining and mining services firms.

Foreign direct investment dropped 17 percent to $3.9 billion in 2012, according to the Bank of Mongolia’s balance of payments, coinciding with a string of moves by the government that deterred investments in copper and coal.

Spokesmen for the prime minister and mining minister did not respond to requests for comment on investor sentiment.

But in a move that should help calm some concerns, the government last week approved regulations to carry out a foreign investment law in strategic sectors which had been in limbo since last year. It has clarified that the main target of the law is foreign state-owned investors, not private companies.

It also decided to defer debate on a proposed Minerals Law until after presidential elections in June, giving more time for talks with industry and reducing the risk of the issue being embroiled in nationalist sentiment surrounding the election.

The law is contentious as it seeks to give the state a free right to shares in strategic minerals deposits, authority to change tax rates on mine leases, and to make it easy for the state to take back leases with limited compensation.

Regulatory uncertainty started with the suspension of SouthGobi Resources’ mining licences last year when China’s Chalco bid to buy a majority stake in the coal miner, followed by legislation looking to cap foreign ownership at 49 percent in strategic sectors, including mining.

Then in December Mongolia proposed changes to its Minerals Law, and in January it stopped exporting coal to aluminium firm Chalco from the country’s giant Tavan Tolgoi mine and sought to renegotiate what it says is a loss-making contract.

The proposals aimed to redress the balance after a period of light-handed regulation when Mongolia was desperate to win investment, and also came amid widespread belief that the nation was short-changed by the Oyu Tolgoi investment deal in 2009.

The stream of regulatory changes has rattled companies looking to explore and build mines in Mongolia and knocked their share prices, even as the country managed to raise $1.5 billion last November with its first sovereign bond issue.

“Why would you increase exposure in a country where you don’t know what’s going to happen next week? We’re treading water until we see these key uncertainties being resolved,” said Sam Spring, vice president of corporate development for Kincora Copper, which owns the Bronze Fox copper-gold deposit, northeast of Oyu Tolgoi.

Shares in Rio Tinto unit Turquoise Hill, the 66 percent owner of Oyu Tolgoi, have plunged 60 percent over the past year, SouthGobi shares are down 69 percent, and Kincora’s shares have lost 91 percent.

The Chinggis 10-year bond value has suffered, too, with investor jittery over the government’s moves on the mining sector, analyst Eric Zurrin at Ulan Bator-based broker Resource Investment Capital said in a note last week.

In a further sign of Mongolia’s desire to back investment, Turquoise Hill executives said on Tuesday they were making progress on resolving disputes over Oyu Tolgoi royalties, costs, management fees, and project financing before the end of June.

“I am optimistic that matters being discussed with the Mongolian government will be resolved. We are all committed to the success of Oyu Tolgoi,” Turquoise Hill CEO Kay Priestly told analysts on a conference call.

Rio Tinto has already deferred to 2014 a feasibility study on the project’s second stage, which Turquoise Hill said on Tuesday could cost about $5.1 billion, which in turn will delay the full benefit of the project for Mongolia.

“Because of the economic significance of this project to the Mongolian economy and the fact that Rio Tinto is really best placed to take this project forward, economic reality would dictate that it would get into production,” said Jonathan Li, a partner at law firm Clayton Utz, who has clients in Mongolia.