﻿ www.unuudur.com » Ivanplats – separating the fact from the hype

Ivanplats – separating the fact from the hype 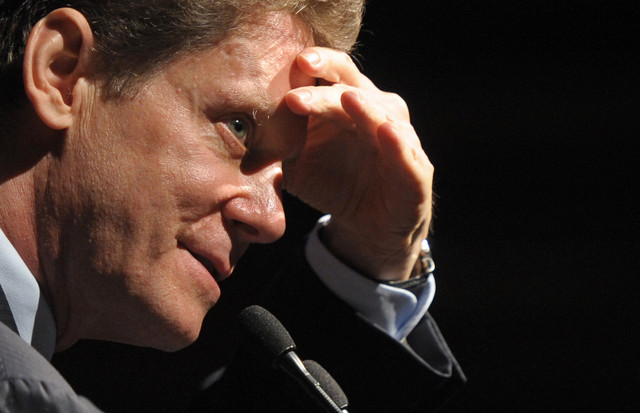 Some feel that Ivanplats Executive Chairman and founder, Robert Friedland is perhaps rather overpromotional in his presentations about his company. Be this as it may he does have a remarkable track record in, if not finding, then identifying the potential, of at least two of the world’s most significant recently discovered mineral deposits – Voisey’s Bay nickel in Canada and Oyu Tolgoi copper/gold in Mongolia – derisking them and eventually selling them to major partners who then take on the true risks of the mining business of development and operation where things don’t always go as smoothly as the hype might suggest.

Friedland is very much a mining promoter par excellence in the true sense with remarkable foresight. But, he has also been smart in developing a strong team of key people working for him who have helped him get these projects off the ground and sell them on to those who have the relevant capital raising and mine development expertise to actually bring them into production. Let it be said that those who have followed Friedland in the markets have generally done very well indeed.

His latest corporate entity is Ivanplats, which was brought to the market in an IPO in October last year, but has operated as a private company for some years before that. The overall aggregate equity issued in connection with the IPO was approximately $509 million, which included $197 million from the conversion of pre-IPO bonds. The Friedland name ensured strong take-up of the equity and the market awaited fireworks from the charismatic founder of the company. They didn’t have long to wait!

Then, in March, a new independent resource estimate significantly expanded and upgraded the mineral resource at the Flatreef Discovery on Ivanplats’ Platreef platinum, palladium, gold & rhodium (4PE), nickel and copper project on the Northern Limb of South Africa’s Bushveld Complex. Unlike the narrow Merensky Reef and UG2 reef deposits on which the great majority of South Africa’s platinum output is based, the Flatreef averages 24 metres in true thickness at a 2.0-gram-per-tonne (g/t) 3PE cut-off grade and is potentially amenable to large-scale, mechanized underground mining. The thick Flatreef mineralization remains open for expansion, with approximately 37.5 square kilometres of property untested.

The third string to Ivanplats’ bow is the high grade Kipushi zinc/copper and associated metals project in the DRC, formerly mined by Union Miniere of Belgium before it was taken on by state-entity Gécamines which couldn’t make a success of it and put it on care and maintenance in 1993.

The Kipushi Project includes the high-grade, underground zinc-copper mine which produced approximately 60 million tonnes grading 11% zinc and 7% copper between 1924 and 1993. It also produced lead and germanium. Most of the mining was from the Kipushi Fault Zone. However, here Ivanplats is looking in particular at what it reckons to be an exceptionally high grade (around 40% zinc) zone in the footwall as being the major driver towards mine reopening.

If one listens to Friedland presenting at major investment conferences – the most recent being Mines & Money Hong Kong – one cannot fail but be impressed by the plethora of supporting data he expounds for these three exciting projects but, as we noted in our overview of the Mines & Money event he is perhaps in danger of overhyping the projects to the extent that the audience may feel it is all too good to be true.

Thus it is good to see, in the latest Ivanplats announcement issued under Stock Exchange guidelines, assessments of these three major projects, admittedly from the company’s own perspective, which removes some of the hype and at least presents the latest factual data, much of it supported by recent independent assessment.

Even under stock exchange reporting strictures, Ivanplats is confident enough in Kamoa that it can describe it as the world’s largest undeveloped high-grade copper discovery. To give an idea of size and potential, in January this year an updated mineral resource was announced that increased the deposit’s Indicated Mineral Resource to a total of 739 million tonnes grading 2.67% copper and containing 43.5 billion pounds of copper using a 1% copper cut-off grade and a minimum vertical mining thickness of three metres.

In addition to the Indicated Mineral Resource, the new estimate included Inferred Mineral Resources of 227 million tonnes grading 1.96% copper and containing 9.8 billion pounds of copper, also at the same cut-off grade and minimum mining thickness. These resource estimates were prepared by AMEC.in accordance with CIM guidelines.

A preliminary base-case mining plan envisages a 5 million tonne/ year plant throughput to produce an average of 43,000 tonnes of copper per year in the first 10 years. However, preliminary work indicates that an initial mine production rate and associated concentrator capacity of 7.5 million tonnes/year may allow more efficient use of the assumed capital.

Ivanplats warns that these estimates are preliminary in nature but also that it is looking at various operating scenarios including one envisaging a 20 million tonne/year mining rate.

The company notes that metallurgical testwork is ongoing at XPS in Sudbury, Canada. Copper recoveries for most of the various ore types tested range from 80% to 90%, with the major ore type producing recoveries above 85%. Concentrate compositions from the various ore types are suitable for smelting. A mining licence for the project area has been obtained from the DRC regulatory authorities which is valid for 30 years – and renewable.

Freeport has shown it can get a mine working these kinds of grades successfully up and running in the DRC, with its high grade Tenke Fungurume project – but it has to be recognised that the DRC remains a relatively high risk mining environment from a political perspective.

Listening to Friedland at Mines & Money Hong Kong one could be forgiven for assuming that South Africa’s traditional platinum mines are effectively dead and buried with the advent of his Platreef find. He painted a picture of mining conditions at the deeper platinum mines that were like something akin to a Hieronymus Bosch painting of the mediaeval idea of hell. As one who has worked in South Africa’s underground platinum mines, and recently visited others, the writer can confirm that mining conditions are indeed more arduous, demanding of employees and far less pleasant than sitting in an office in Vancouver – what underground mine isn’t? –but the overall picture he paints is perhaps an exaggerated one with respect to the greater part of the South African platinum mining sector, which does make one wonder about the accuracy of some of his statements regarding his own properties.

Be this as it may, Ivanplats does indeed appear to have an exciting project in hand on the Bushveld Igneous Complex’s northern limb.

It is owned as to 90% by Ivanplats with the balance by Japanese interests through JOGMEC. What this has that the older platinum mines doesn’t is reef thickness which should be wholly suitable for high capacity, fully mechanised underground mining – not an option at the very narrow higher grade Merensky reef operations. Mechanisation can be an option on some UG2 reef mines, but isn’t one that yet generated much in the way of profitable production on the existing South African mines, but none of these have been on the kind of scale envisaged for the Platreef project.

Since 2007, Ivanplats has focused its exploration activities on defining and advancing the down-dip extension of the Platreef project that is potentially amenable to underground mining methods. Ivanplats has named this new area of mineralization the Flatreef Deposit.

At a higher cut off grade of 3.0 g/t 4PE tonnages are lower and grades are higher, but the deposit size remains very substantial by any standards.

There is also huge exploration potential for expanding the resource on Ivanplats controlled land.

While on the face of things Ivanplats’ find is a remarkable one and does have the potential to dominate South Africa’s future platinum group metal production it still has to gain Department of Mineral Resources approvals and mining rights and negotiate a satisfactory black empowerment deal which will reduce its equity in the project.

The SA government may not be keen to allow a development which could drive the competitive older mines out of business given the high levels of employment these existing operations maintain – consider the problems Anglo Platinum appears to be having at the moment with the country’s Mines Department over the potential closure of uneconomic mines.

The Kipushi Project in the DRC’s mineral rich Katanga province includes a high-grade, underground zinc-copper mine which produced approximately 60 million tonnes grading 11% zinc and 7% copper between 1924 and 1993.

The old mine is currently being dewatered and rehabilitated. Ivanplats has a stake of 60% in the project with the balance held by DRC parastatal Gécamines (which has not always proved to be the easiest of partners to work with – just ask First Quantum).

If the writer remembers rightly, Friedland described it as the richest mine in the world in his Hong Kong presentation. He bases this on a previously unmined part of the deposit known as the Big Zinc zone. This was discovered by Gécamines and/or its predecessor Union Miniere before the mine was put on care and maintenance. Ivanplats states that historical estimates of the Big Zinc’s resources between the mine’s 1,295- and 1,500-metre levels total 4.7 million tonnes averaging a remarkable 39% zinc and 0.76% copper.

These historical resource estimates are derived from an estimate prepared by Techpro Mining and Metallurgy in 1997 and are presented at an Indicated level, but a more up to date assessment has not yet been made so these do not necessarily meet the latest reporting standards.

Ivanplats says it intends to conduct an underground drilling program at Kipushi focused on confirming and expanding the Big Zinc zone and extensions to the historically mined Kipushi Fault zone and bringing the historical resources to NI 43-101 standards.

Ivanplats does indeed control three very significant mineral deposits by any standards, although none are likely to be as easy as Friedland suggests to get up and running. Ivanplats statements suggest that the company is looking to bring these on stream itself so as to become the core of a major mining group in its own right, however financing, developing and operating all three projects at the same time may be beyond Ivanplats’ current abilities, so there has to be the likelihood that Friedland is looking for potential major partners to take on the development and mining stages of at least one of these projects, as with both Voisey’s Bay and Oyu Tolgoi. That is sell out at a very high price and let someone else take on the significant long term operating risk. No-one has ever said Friedland isn’t smart!