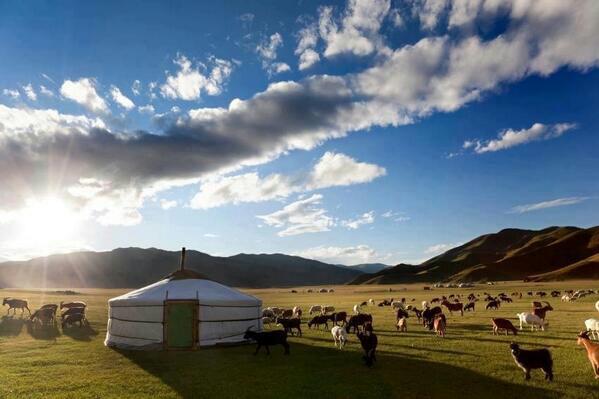 Mongolia approved $86.2 million of loans for cashmere, clothing and dairy companies as the government seeks to reduce the nation’s reliance on mining for economic growth.

The Cabinet approved the loans, which are four and a half years in length, at a regular meeting on April 13, according to a statement posted to the government’s website. The funds consist of $45 million for cashmere companies, $13.5 million for other clothing makers and $27.7 million for dairy producers. The statement didn’t give interest rates for the loans.

Mongolia’s mining industry, which fueled a tripling of its economy in six years, employs less than five percent of the workforce, according to government data. That’s put pressure on policy makers to do more to boost living standards in a nation where almost a third of the population lives in poverty.

“Mining is capital and equipment intensive but it can’t create all the jobs needed,” Jim Dwyer, executive director of the Business Council of Mongolia, said by telephone today. “Jobs are vital here. A lot of jobs need to be opened up for people.” The council is Mongolia’s biggest business group, with members including Rio Tinto Group, General Electric Co. and Peabody Energy Corp. (BTU)

The domination of the mining industry is highlighted by Rio Tinto’s $6.6 billion Oyu Tolgoi copper and gold mine, which is expected to account for one third of gross domestic product by 2020, according to estimates by the unit that oversees the project’s operations. Mining already accounts for 90 percent of Mongolia’s exports.

Shipments of coal, Mongolia’s biggest export, totaled $1.9 billion in 2012, compared with $27.9 million of textile, according to the statistics office. Raw cashmere exports were $145.4 million, most of which went to China.

Mongolia’s government estimates the cashmere and clothing initiative will help create 80 factories that could employ as many as 30,000 workers. The loans for the dairy industry will be used to set up 15 milk farms, four large processing plants and 86 smaller facilities, according to the statement.

The Oyu Tolgoi mine employed 11,151 Mongolians as of Jan. 31, according to its website.

“All these non-mining efforts are fairly embryonic, cashmere being in the lead,” said Dwyer. “It’s important to keep the seed planted and nourish these other logical and diversified business segments. It might be a small step, but in the right direction.”

Mongolia has also started a marketing campaign with the goal of giving its cashmere and leather the same cachet as French wine and German cars. The government agreed to set up the Mongolian National Marketing Coordination Office in 2011 to promote the country’s products and also won assistance from the Asian Development Bank, which hired American Jeremy Hildreth to help create a brand for Mongolian cashmere.

The nation’s reliance on mining has also contributed to moderating growth this year as prices of coal fell and demand from China, the biggest buyer of Mongolian goods, showed signs of slowing. Mongolia’s central bank has cut interest rates twice this year as first-quarter exports declined and the pace of inflation fell below 10 percent for the first time in two years. Economic growth eased to 12.3 percent last year from a record 17.3 percent in 2011.

“We don’t want to turn Mongolia into Minegolia,” Puntsag Tsagaan, the president’s chief of staff, said in an interview last month. “We want to keep this country’s name as Mongolia.”

To contact the reporter on this story: Michael Kohn in Ulaanbaatar at mkohn5@bloomberg.net