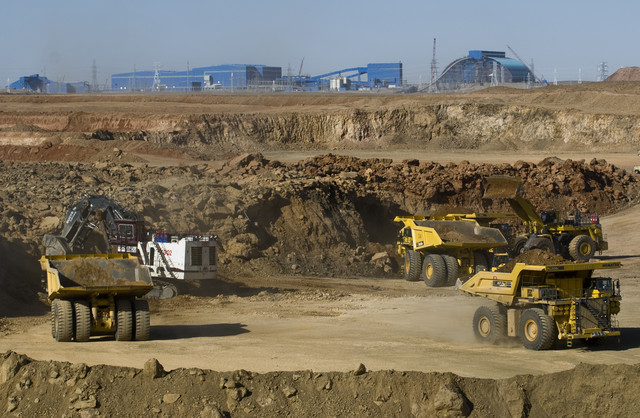 Canadian miner Turquoise Hill and its majority owner Rio Tinto expect to sign a $4-billion project-financing plan and term sheet at the end of June, which will allow for the necessary future financial flexibility to develop the second phase of the giant Oyu Tolgoi mine, in Mongolia.

Turquoise Hill late on Monday said it was actively engaged with lenders to finalise the financing deal. By February, it had secured debt approval from the European Bank of Reconstruction and Development and the World Bank Group’s International Finance Corporation.

Turquoise Hill noted project financing was still subject to board approval, which included representatives from the Mongolian government.

Meanwhile, the Mongolian government, Turquoise Hill and Rio remained in disagreement over taxes and rising costs at the project, which Mongolia feared would erode prospective earnings.

Turquoise Hill on Tuesday said the parties continued with “productive discussions” on a range of issues related to implementing the investment accord governing the public–private partnership, including project development and costs, the operating budget, project financing, management fees and governance.

While the issues between stakeholders were being ironed out, the Oyu Tolgoi board had approved a temporary budget for the mine, which is ramping up to commercial production.

Oyu Tolgoi was expected to make up a third of Mongolia’s economy by 2020, and at full production would produce about 450 000 t of copper and 330 000 oz of gold a year. Rio was the largest single investor in Mongolia – a country where livestock outnumbered people 15 to 1.

Rio last week said it expected the imminent approval by Mongolia to ship copper concentrate from the mine.

At the end of the first quarter, construction of the Oyu Tolgoi concentrator complex and openpit mine was complete, and mine infrastructure was substantially complete.

As at March 31, the total capital invested in Oyu Tolgoi was about $6-billion of the final cost of $6.2-billion, excluding foreign-exchange exposures.

Meanwhile, Turquoise Hill said its subsidiary SouthGobi Resources, which also has its operations in Mongolia, and some of its employees, were subject to rolling investigations by the Mongolian Independent Authority Against Corruption and the State Investigation Office regarding allegations of corruption and flouting of the country’s taxation laws.

SouthGobi said its audit committee, comprised of independent directors, was conducting an internal investigation into possible breaches of law, internal corporate policies and codes of conduct arising from the allegations.

SouthGobi, through its board and new management, has taken a number of steps to focus on ongoing compliance by employees with all applicable laws, internal corporate policies and codes of conduct, as well as with SouthGobi’s disclosure controls and procedures and its internal controls over financial reporting.

Operations at the coal producer’s flagship Ovoot Tolgoi mine restarted in the quarter, after it had been fully curtailed since the end of the second quarter of 2012.