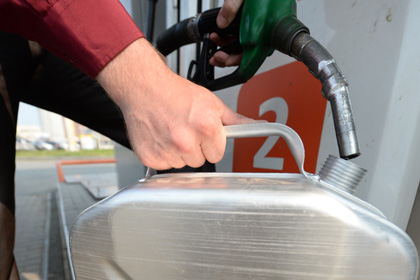 LONDON, Aug 16 (Reuters) – Mongolia’s oil reserves are on a scale with Britain’s and Argentina’s, but finding investors brave enough to exploit them is proving tough, and cracks appearing in the country’s mining industry could make it tougher.

The sparsely populated and landlocked country bordered by Russia and China has proven reserves of 2.4 billion barrels, but shortcomings in infrastructure mean the vast wealth has yet to be exploited.

Australian-owned Wolf Petroleum is hoping to showcase Mongolia’s potential to foreign investors, but it is up against concerns over the ongoing Oyu Tolgoi copper mine saga, where Rio Tinto’s expansion plans have stalled in recent weeks.

Mongolia has raised concerns about the costs of the Oyu Tolgoi expansion and the potential that rising expenditure will delay when it starts receiving its share of profits.

But Wolf’s management is upbeat.

“Mongolia is one of the last onshore frontiers where multibillion barrels of oil can still be discovered and produced,” said chief executive Bataa Tumur-Ochir.

“Lately the government of Mongolia and the people are starting to really feel and understand the importance of foreign investment.”

But investors are not so sure.

“As it stands, Mongolia simply does not have the infrastructure to support any kind of significant oil discovery,” said Svetoslav Varadzhakov, Vice President at London-based Collabrium Capital.

“Big oil companies looking to buy up any discoveries are going to look at what’s happened (to Rio Tinto’s project) and draw their own conclusions.”

Foreign investment in the Mongolian mining, exploration and petroleum industry fell by 32 percent in the first six months of 2013, said the Ministry of Economic Development on Thursday, leaving oil companies frustrated by the silhouette of major producing oil fields just over the Chinese border.

A country where cattle outnumber people fifteen to one, Mongolia has only 3,000 kilometres of paved road and just one oil refinery, owned and operated by PetroChina.

Hoping to build on the success of PetroChina and fellow Chinese group Sinopec, which are exporting about 4.5 million barrels a year to China by road, Wolf Petroleum is Mongolia’s largest exploration company with 74,400 square kilometres of exploration licences. China, now the world’s second biggest oil consumer, represents a ready market.

Analysts believe the experiences of global miner Rio Tinto , which said on Wednesday it would axe up to 1,700 jobs on its Mongolian operation, will have a knock-on effect.

“But big risks can also mean big rewards,” said Varadzhakov. “I think now could be the right time to go to Mongolia. Go now, while everyone else is scared.”