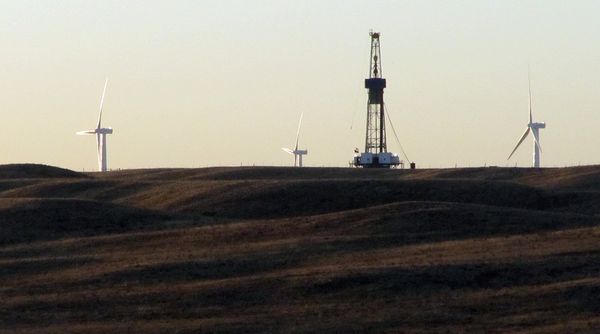 Nestled between Russia and China, Mongolia’s vast steppes and grasslands have remained largely untouched by the march of globalization. Now, however, oil companies are looking to set up exploration efforts to discover and eventually exploit shale oil and gas. While the development of a shale oil could spur the development of a modern Mongolian economy, many remain worried that the costs to the environment will outweigh any benefits.

Mongolia is one of the least developed countries in the world, with a national economy valued at just over 10 billion dollars. Mongolia is home to only 3 million people, with the largest city, Ulan Bator, home to about 1.3 million of them. Outside of the capital city, there are few modern roads and limited infrastructure.

The Mongolian government appears to be trying to reduce its dependence on Russian energy imports. By developing a domestic energy industry, Mongolia should be able to reduce, if not eliminate, its dependence on the Russians. Stuck between Russia and China, Mongolia has found itself in an uncomfortable geopolitical landscape. While conditions have improved since the Cold War, Mongolia must still tread carefully when dealing with both Russia and China. Reducing energy dependence could help Mongolia place itself on firmer geopolitical footing.

Traditionally, Mongolia’s economy has relied on mineral extraction and agriculture. While agriculture provides employment and income, pay is low and there are few opportunities to produce profits or drive the development of a modern economy. With global demand for minerals slowing down, however, foreign direct investments have been tapering off in recent months. Now, Mongolia is looking to create new industries that can drive investments, generate revenue, and provide jobs.

The development of a shale oil industry would create well-paying oil and gas jobs for both skilled and unskilled workers. The nation’s infrastructure would also have to be built up in order to support the industry. Pipelines, processing facilities, roads, and other aspects of a modern infrastructure would have to be build and expanded. This would create even more job opportunities and could drive the increased development of the nation as a whole.

Still, extracting shale oil has become controversial in recent years in light of the impacts on the environment and questionable profit margins. Fracking involves the use of dangerous chemicals that can have huge impacts on the environment, if handled incorrectly. The fracking process itself is expensive, particularly for oil. Some analysts are questioning whether Mongolia offers an economically viable opportunity to extract oil.

As such, some activities and international NGOs are questioning whether developing a shale oil industry is the right move for Mongolia. The nation’s steppes are in near pristine condition, though in some instances mineral extraction has already caused damage. Shale oil extraction could cause extensive disruption to the environment and local ecosystems. Further, Mongolia’s economy has been recording strong growth in recent years, even without shale oil extraction, and poverty rates are declining. As such, some analysts have questioned whether Mongolia