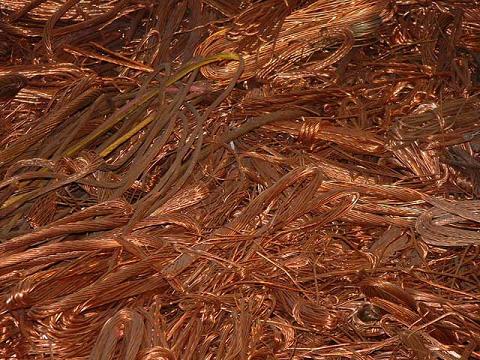 A combination of stronger demand from China and delays in processing ore into refined metal has left the market more balanced than expected at the start of the year.

A feared surplus in copper that was expected to swamp the market this year has failed to send prices tumbling, but many analysts and investors are counting on a delayed reaction next year.

But a combination of stronger demand from China, the world’s biggest metals buyer and delays in processing ore into refined metal has left the market more balanced than expected at the start of the year, disappointing the bears.

“We’ve all expected this surplus to come through and it hasn’t happened,” said analyst Daniel Smith at Standard Chartered in London. “People have underestimated the pace of demand growth this year for copper.”

Benchmark copper prices on the London Metal Exchange slid to a three-year low of $6,602 a tonne in June, but have since rebounded some 10 percent to around $7,250 a tonne, partly as disappointed bearish speculators bought back positions.

Smith has upgraded his forecast for copper demand growth this year to 9 percent from 5 percent, after heavier demand than expected from China, including during a hot summer that boosted demand from air conditioner makers.

Calculating the extent to which copper has gone into surplus is difficult largely due to huge shifts of inventories at Chinese bonded warehouses, which have fallen sharply this year as demand has recovered.

No data exists for those stock movements, which are therefore left out of official calculations by the International Copper Study Group (ICSG). The industry group last week forecast a copper surplus of 390,000 tonnes for this year.

But Leon Westgate at Standard Bank has pegged the surplus much lower at 99,000 tonnes while Smith and some others believe the market has tipped back into deficit this year once the bonded stocks are taken into account.

Many analysts say that stocks at Chinese bonded warehouses have fallen 500,000-600,000 tonnes, a large portion of which has gone into industrial use and would erode or cancel out a surplus.

Logjams in turning raw ore into refined metal are another reason for the more balanced market.

While mine output has recovered this year, boosting supplies of the intermediate product concentrate, not all of it has progressed through the supply chain to refined metal.

“We believe the flow-through to the refined market proves to be slower than many other observers expect and may only start to be felt over the course of H2-2014,” said Westgate in a note.

The divergence between concentrates and metal are showing up in two key benchmarks for the industry, one which tracks concentrates, showing healthy supply, and another that follows metal, showing shortages.

Treatment and refining charges, which rise when concentrate supplies are plentiful, have increased and are expected to surge further as Chinese copper smelters press for gains of up to 50 percent for next year’s contracts.

But the world’s biggest copper producer, Chile’s Codelco, is also due to seek a major rise in 2014 premiums for refined metal, which usually happens when supply is restricted.

“We have a weird situation at the minute, where the treatment charges are rising, suggesting that there’s a surplus of mined output of copper concentrates relative to smelting capacity, but at the same time the rising term premiums are telling you that there’s a shortage of finished metal,” said Nic Brown, head of commodities research at Natixis.

By late next year, however, as mine supply is expected to gain pace and more concentrate is processed, a surplus of refined metal may finally make itself felt on the market.

“The availability of concentrate will also feed through to a lower copper price – one which has to push supply from the market for the first time in years. We reiterate our estimate of a $6,550/t average price for 2014,” Macquarie’s Colin Hamilton said in a note. (Reporting by Eric Onstad; editing by David Evans)