Prophecy Coal Resumes Operations at the Ulaan Ovoo Coal Mine 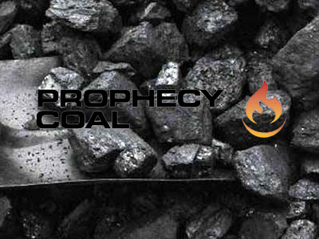 Prophecy Coal Corp. (“Prophecy” or the “Company”) CA:PCY +16.67% (otcqx:PRPCF)(frankfurt:1P2) is pleased to announce that the Company has resumed mining operations at its Ulaan Ovoo (100% interest) coal mine in Mongolia. The mine restart plan has been on time and on budget.

The road condition from the mine to the Sukhbaatar rail siding is normal and coal is being sold on a continual basis to a number of Prophecy customers. All required mining, safety, and transportation staff have been re-hired. All of the Company’s leased-out mining and transportation equipment have been recalled and arrived on site. With a fleet of 3 operating mining excavators, 6 dump trucks, and over 20 (owned and leased) transportation trucks, the company expects to mine and transport approximately 30,000 to 50,000 tonnes of coal per month in November and December, weather permitting.

Since 2010, the Company has invested over $55 million at Ulaan Ovoo. This includes road and bridge construction, mining vehicles, mining camp, pre-stripping, and other infrastructure and community improvement. The Ulaan Ovoo thermal coal mine is strategically located 17 km from the Russian border and 120 km from both Mongolian and Russian rail links. Wardrop Engineering (Tetra Tech) estimated 174 Mt of measured and 34 Mt of indicated coal resources in an NI 43-101 report in 2010. The coal is bituminous (5,040 kcal/kg), low ash (11.3%), low sulphur (0.40%), and suitable for export. The mine features a single massive coal seam that is 45-80 m thick with an average strip ratio of 1.8:1. The first 8 years of mining requires no coal washing.

Mr. Christopher Kravits, LPG, CPG, is a qualified person as defined under National Instrument 43-101 Standards of Disclosure for Mineral Projects (“NI 43-101″). Mr. Kravits is not considered independent of Prophecy given the large extent that his professional time is dedicated solely to, and his position as Manager of Mining with Prophecy Coal Corp. Mr. Kravits has reviewed and approved the technical and scientific disclosure within this news release.

Prophecy Coal Corp. is a Canadian company listed on the Toronto Stock Exchange engaged in developing energy projects in Mongolia. Further information on Prophecy Coal can be found at www.prophecycoal.com.