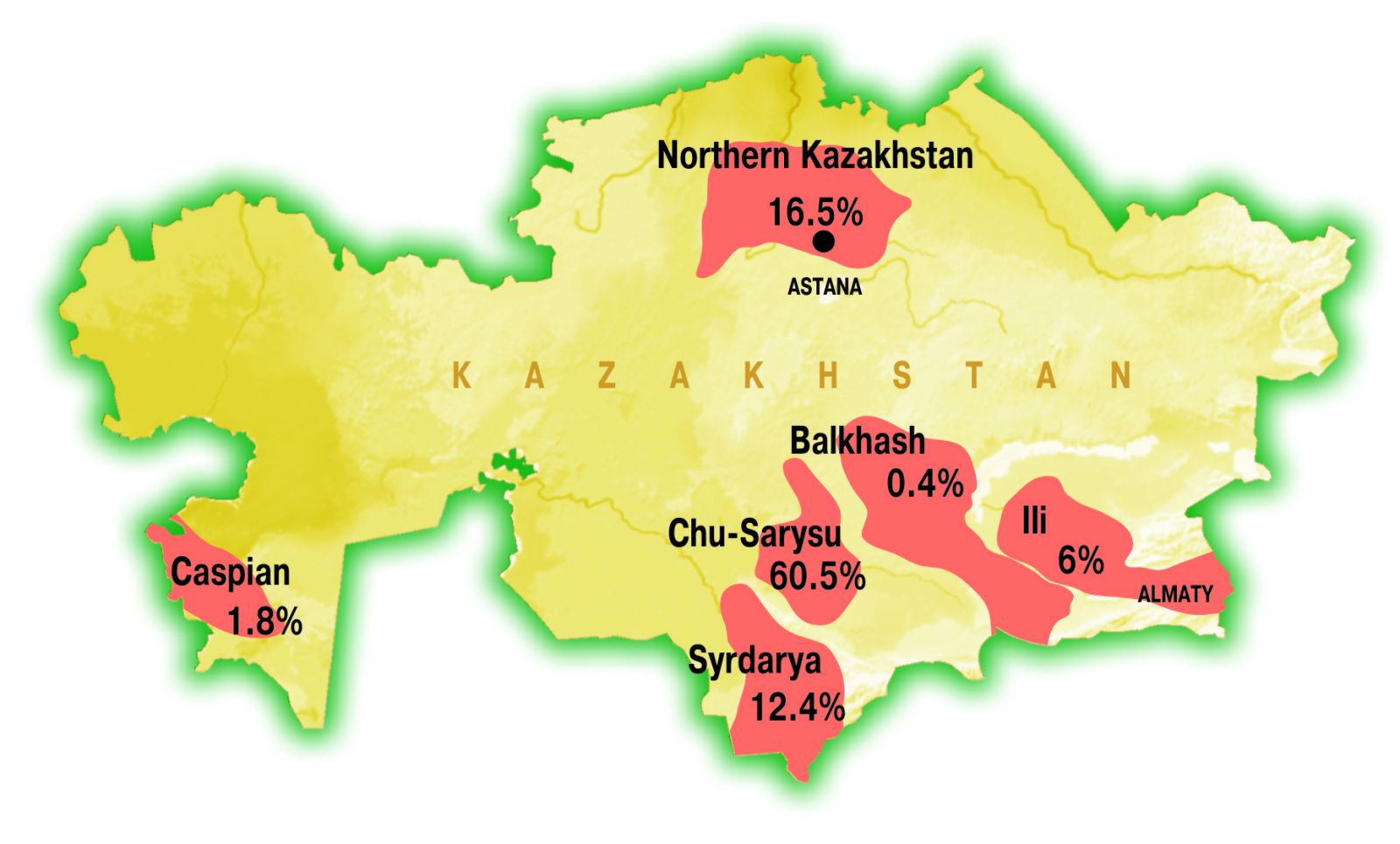 Kazakhstan, the world’s biggest producer of uranium, called off all projects to increase output of the metal following a slump in prices.

“We’ve put the brakes on implementing uranium output expansions,” Vladimir Shkolnik, chief executive officer of state-owned producer Kazatomprom, said in an interview. “The same goes for other elements of the nuclear-fuel cycle.”

Prices for uranium have fallen since the Fukushima nuclear disaster, which eroded demand for the radioactive metal as Japan and other nations shuttered reactors. Banks from JPMorgan Chase & Co. to UBS AG have also cut their price outlooks for next year as radiation leaks at Fukushima fan speculation that the restart of Japan’s idled plants will take longer than expected.

Kazatomprom, the world’s largest uranium miner, is looking to scale back spending and will increase production “only for concrete contracts and at an attractive price,” the company said today by e-mail.

“More and more companies will work at a loss” if prices don’t recover, Shkolnik said in Astana. Those with lower “safety margins” will probably halt production, according to the CEO, who said Kazatomprom’s safety margin is “big” compared with competitors.

Kazatomprom competes with Cameco and France’s Areva SA to supply uranium around the world. Not only has demand shrunk in Japan, where almost half of people opposed restarting the nation’s reactors even before the Fukushima leaks were found in August, but other countries are also scaling back.

In the U.S., plants in New Jersey, Florida, Wisconsin and California are being closed, while France, the most nuclear- dependent country, plans to curb its reliance on the technology and Germany is phasing out atomic generation entirely by 2022.

Areva said last year it was postponing the start of its $1.22 billion Trekkopje uranium mine in Namibia as prices were too low. Australian rival Paladin Energy Ltd. in October suspended employee bonus plans and froze salaries. It also slashed its exploration budget and halted work on most projects.

Kazakh uranium output in 2014 may be similar to this year’s projection of “a bit more” than 21,000 metric tons, Shkolnik said. As prices drop and declining supplies trigger concerns of a shortfall, the market may pick up, he said, citing plans in countries such as China to maintain nuclear development.

A rebound in demand may not come soon enough for Kazakhstan to press ahead with a planned fuel-rod production joint venture.

In 2008, Kazatomprom and Paris-based Areva said they would invest $170 million to make nuclear fuel for reactors in France and elsewhere. Their venture would start making fuel-rod assemblies in 2013, Kazatomprom’s then-President Mukhtar Dzhakishev said at the time.

Kazatomprom and Areva won’t proceed if they don’t find customers, according to Shkolnik.

“The strategy we had earlier was flawed” as some competitors may have had lower output costs, he said. “We will develop elements of the nuclear cycle at the degree the market allows.”

Kazakhstan produced the largest share of uranium from mines, or 36.5 percent of world supply, last year, followed by Canada with a 15 percent share and Australia with 12 percent, according to the World Nuclear Association.

To contact the reporter on this story: Nariman Gizitdinov in Almaty at ngizitdinov@bloomberg.net

To contact the editor responsible for this story: Stephen Voss at sev@bloomberg.net