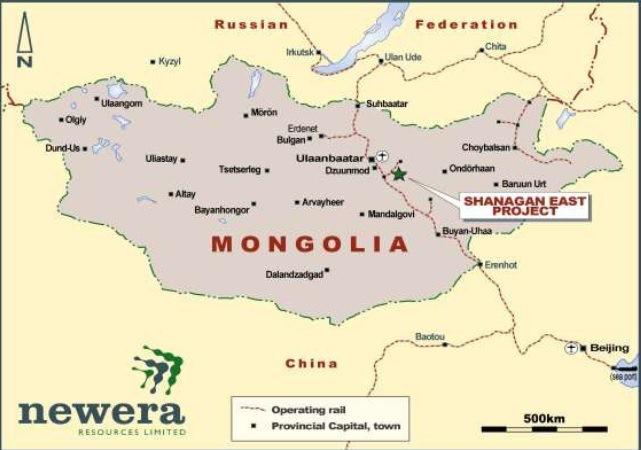 Newera Resources (ASX: NRU) should trade higher alot after revealing results from a mini-sosie seismic survey conducted over sections of its Ulaan Tolgoi coking coal joint venture in Mongolia which indicate it could have a significant deposit on its hands.

Notably, the reflectors are considered consistent with seismic reflectors from previous substantial coal discoveries in the South Gobi basin.

Given the interpretive results of the seismic survey within Ulaan Tolgoi, Newera has every chance of discovering the next significant deposit in the region.

In addition, Newera has entered into a series of convertible loans with various parties for a total value of $500,000, which includes a first right of refusalfor Cygnet Capital to manage a future capital raising which is likely by mid 2014.

The various loan agreements, which have been finalised, will be converted to convertible notes at $0.004 per Newera share or 80% of the subscription price of the anticipated capital raising.

Newera looks as if it could be sitting on a significant coking coal deposit, and Cygnet’s eagerness to manage the future capital raising is indicative of the obvious potential.