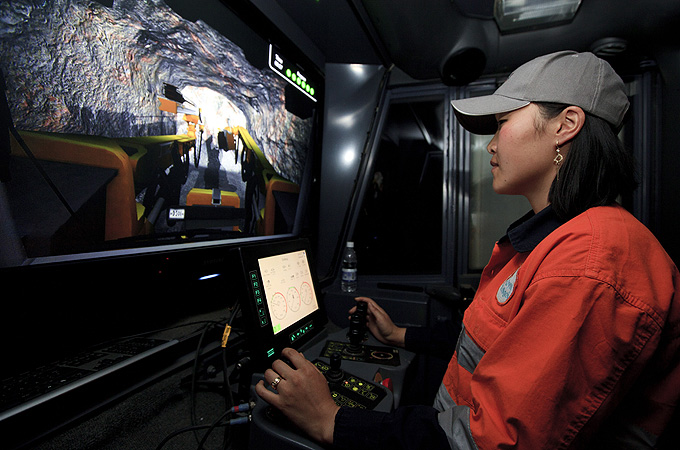 Rio Tinto’s expansion of the vast Oyu Tolgoi copper mine could be further delayed because a deadline to secure project finance may be missed, according to the company that owns the Mongolian project.

Rio and the Mongolian government are trying to iron out disagreements over bearing some development costs of the mine, one of the largest global copper deposits to come on stream this decade and a crucial plank in Rio’s growth plans.

However Turquoise Hill, the Rio-controlled company that owns 66 per cent of Oyu Tolgoi, said these “shareholder issues” might not be resolved until a feasibility study for the mine’s growth is completed, expected in the first half of the year.

That puts Rio at risk of missing a March 31 deadline to close project finance agreements with commercial banks as well as with two multilateral development banks.

“In this event, the shareholders will consider requesting an extension of the commitments from the project finance lenders and finalisation of the Oyu Tolgoi project financing may be deferred to the second half of 2014,” Turquoise Hill said.

In a further setback, Turquoise Hill also cut its estimates of output this year from the part of the mine already operating by 15,000 tonnes, after ramp-up problems in recent weeks.

Oyu Tolgoi is now expected to produce between 135,000 and 160,000 tonnes of copper in concentrates this year, compared with a previous forecast of 150,000 to 175,000 tonnes. Turquoise Hill also trimmed its estimate for output of gold, a byproduct at the mine.

Oyu Tolgoi began producing copper concentrate last year from a large open pit, following a $6.2bn investment. However, most of the value of the project for Rio will only be realised once a much more productive underground mine is developed.

Only 80km from Chinese border, it is expected to supply copper to its larger neighbour for decades.

Rio has said repeatedly it would rather take time to strike the right deal for a project that will last for many years. “It’s a big project, it’s a complex project, it is a very long-life project, you need to get these things right upfront,” said Sam Walsh, chief executive, last month.

But Mr Walsh warned Mongolia on the project finance talks, saying: “The government is aware of the deadlines and the importance of the project finance. These agreements are in place. It would be a backward step if we had to renegotiate those.”

The miner made $1.5bn of net impairments related to Oyu Tolgoi last year and warned in this month’s annual report that it could face $800m in further writedowns to the value of the asset if full production in the mine’s underground portion was delayed.

Rio said on Wednesday: “We continue to work with the government of Mongolia to resolve all outstanding issues.”

Rio has a majority stake in Canada-listed Turquoise Hill. Mongolia’s government has the remaining 34 per cent of Oyu Tolgoi, which is expected in time to produce 400,000 tonnes annually, making it one of the world’s biggest copper mines.