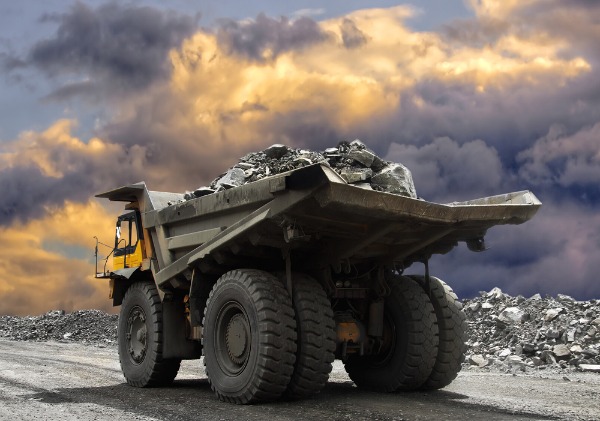 Fresh from the defeat in Australia’s Senate of the Liberal Party’s proposed repeal of the Mining Resources Rent Tax, the country’s Ministry for Industry Ian Macfarlane Wednesday declared, “This government is firmly behind our miners and our mining industry.”

“We will continue to work to deliver on our policies to get rid of the tax burden on the sector and to scrap excessive rad tape,” he added.

MacFarlane said the latest Bureau of Resources and Energy Economics (BREE) report made public Wednesday “shows our mining boom is about to get bigger, with the value of Australia’s mineral and energy commodity exports forecast to increase to (A)$199 billion in 2013-14, up from (A)$176 billion in 2012-2013.”

“The mining industry has been central to the Australian economy over the past decade and its contribution will be more important than ever in the years ahead,” he stressed.

“Australia’s resources and energy commodity exports earnings will surge upward at 8% a year from 2013-14 to total (A)$284 billion in 2018-19, according to the BREE report,” Macfarlane noted.

“Today’s BREE figures reinforce that the resources sector will continue to be essential in delivering greater prosperity for Australia through export earnings, job creation, increased productivity and global competiveness,” he concluded.

In 2014, the uranium spot price is forecast to remain essentially unchanged from 2013 at around US$38 per pound. World uranium consumption is forecast to increase by 3.4% to 79,400 tonnes, says the BREE report, Resources and Energy Quarterly for March 2014.

However, mined production is forecast to remain at around 69,000 tonnes with the start-up of Cigar Lake in Canada and incremental increasing at existing mines offsetting the loss of production from the Ranger mine in Australia. The country is forecast to produce around 6,700 tonnes of U3O8 in 2013-14, down 26% from 2012-13 due to the end of ore extraction at ERA’s Ranger mine.

The continued increase in iron ore seaborne supply through 2014 and 2015 is forecast to drive prices to an average of US$103 a tonne in 2015.

In 2014, world trade in iron ore is forecast to increase 7% to a total 1.32 billion tonnes. “The chief source of import demand is projected to originate in China; while additional exports are projected to come primarily from Australia and Brazil,” said the BREE report.

In 2013-14 Australia’s gold production is forecast to increase 6% to 271 tonnes. However, gold exports are forecast to decline by 0/4% to 270 tonnes. Export values are expected to drop 13% to A$13.1 billion during the same period due to the lower gold price.

With many Australian gold producers successful at lowering all-in sustaining costs in the fourth-quarter 2013 and with most expecting further reductions, most existing Australian producers are expected to continue producing at similar levels or increase production by targeting higher grade ore, said the Resources and Energy Quarterly.

The global copper market is expected to remain in surplus this year, retaining downward pressure on copper prices. For the year as a whole, copper prices are forecast to average US$6,826/tonne, down 7% from 2013.

A persistent surplus of refined copper production is expected to contribute to an additional 4.6% drop in copper prices in 2015, said the report.

World zinc prices are forecast to increase 9% this year to average US$2,089 a tonne. Global consumption is expected to increase 3.5% to 13.7 million tonnes in 2014.

The country’s zinc reports are projected to increase 1.8% ti 1.6 million tonnes 2013-14, supported by growth in ores and concentrates export. Export values are forecast to increase 16% to A$2.5 billion “underpinned by higher global zinc prices in conjunction with a depreciating Australia dollar,” said the BREE report.