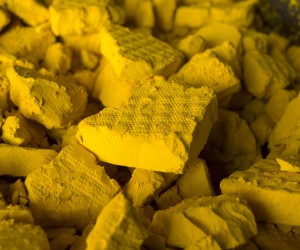 The Mining Report: Edward, welcome. Russia is facing international sanctions. How will all this affect the uranium market?

Edward Sterck: It hasn’t yet had any impact. Sanctions haven’t been brought in that are affecting the Russian nuclear industry, but there is the potential for that to occur. Indeed Rosatom, which is the Russian state umbrella company that covers Russian nuclear activities, has made a statement to the effect that business is continuing as normal, including the delivery of nuclear fuel to Ukrainian reactors, but sanctions could affect its ability to make deliveries under current contracts to Western utilities and Western customers in general.

If that occurs, it isn’t likely to have an impact on the supply of natural uranium to the market, but Russia is the world’s biggest supplier of enrichment, and it has a number of western customers for that enrichment.

The potential for reduced availability of enrichment capacity to the West could have a knock-on effect on uranium prices. The way in which this could occur is a little complicated, but effectively if you’ve got reduced enrichment availability to make a required amount of nuclear fuel, you can compensate by using more natural uranium and then less enrichment. The analogy is that to make orange juice, you can either squeeze a given number of oranges to get a given amount of juice or you can use fewer oranges and squeeze them harder to get the same amount of juice. Effectively, if sanctions are brought in against Russia and they do encompass the nuclear industry there, we could eventually see a knock-on effect and an increased demand for natural uranium from western utilities.

TMR: And what about Japan’s restart?

ES: At the moment there are 17 reactors that have been put forward for the restart process. Two of them have been shortlisted for restart. Those two reactors are going through the final rounds of safety checks and public consultations, but unfortunately at this point we still don’t have a clear idea of what the timing would be. Prime Minister Shinzo Abe’s government is keen to see the first restarts before the summer, which is the period of peak electricity demand in Japan. If that occurs, we could see the first reactors restart around the middle of the year. Hopefully some further reactors restart after that.

In terms of what reactor restarts in Japan mean for the market, it’s more of a derisking event for the equities and probably won’t have an immediate effect on the uranium price. Since Fukushima, Japanese utilities have by and large continued to take deliveries of their contractual commitments, so they have accumulated quite significant levels of excess inventories. Their engagement in the market and their need for new material beyond what they’re already contracted to take will probably remain fairly suppressed for quite a few years to come, even after restarts have commenced.

TMR: Given the long-depressed uranium price, is that going to extend the doldrums for the price?

ES: Not necessarily. One of the impacts of the low price is that producers are beginning to shut down production. Some of the higher-cost operations, such as Paladin Energy Ltd.’s (PDN:TSX; PDN:ASX) Kayelekera project in Malawi, are being put onto care and maintenance. No new significant projects are being pushed forward at the moment for production. In this case, the knock-on effect of low prices is a reduced supply outlook.

Despite Japan, we do still have a nuclear industry that’s growing, driven mainly by China, but also by some of the Middle Eastern countries and a handful of other places. That does lead to future demand growth for natural uranium. On my estimates we end up in a situation where supply is insufficient to meet demand in 2018, and it enters a fairly deep and sustained deficit thereafter.

There are some positive price indicators. Last year the long-term contracting market was extremely quiet. Normally you’d see around 170 million pounds (170 Mlb) of uranium signed into long-term contracts, but the volume was only about 20 Mlb last year. Utilities appear to be pretty well covered for near-term requirements, and they were putting off signing contracts as a result. This year, the amount of contracting activity has picked up. A number of U.S. utilities in particular are coming to the market looking for long-term contracts, which suggests that they are beginning to feel that they are less well covered than they perhaps were at this time last year. It’s interesting to note that they are typically looking for new contracts on a fixed-price basis, which suggests that utilities think that prices probably have to rise at some point in the future as well.

TMR: Since you spoke with The Energy Report nearly two years ago, the uranium price has continued to trend lower. What has kept you interested in the uranium space?

ES: One of the reasons I’m interested in the uranium space, and also quite a number of investors are, is that when the uranium price moves, it tends to move quite dramatically. That also translates into movement in the share prices of the uranium mining equities. It’s a subsector of the mining space that’s worth keeping an eye on because there’s an opportunity there when it does begin to move.

Want to read more Mining Report interviews like this? Sign up for our free e-newsletter, and you’ll learn when new articles have been published. To view recent interviews with industry analysts and commentators, visit The Mining Report homepage.

4) Interviews are edited for clarity. Streetwise Reports does not make editorial comments or change experts’ statements without their consent.

5) The interview does not constitute investment advice. Each reader is encouraged to consult with his or her individual financial professional and any action a reader takes as a result of information presented here is his or her own responsibility. By opening this page, each reader accepts and agrees to Streetwise Reports’ terms of use and full legal disclaimer.