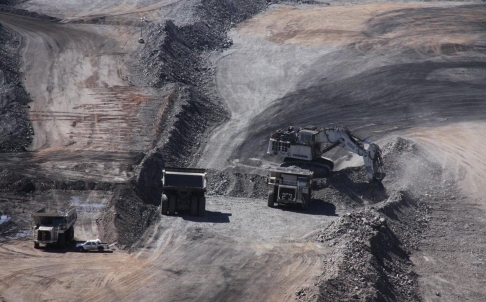 Clyde Russell argues Asian coal producers are currently their own worst enemies, raising output in a bid to boost revenue in order to make up for lower prices.

Coal producers in Asia are currently their own worst enemies, raising output in a bid to boost revenue in order to compensate for lower prices.

Economic logic would suggest that when the product you make is in oversupply, eventually prices will fall to the point where output becomes loss-making and is shut down.

However, this logic isn’t applying to Asian coal markets, with miners ramping up output by more than demand is increasing.

The short-term impact has been that spot prices have tumbled, with benchmark Australian thermal coal at Newcastle Port dropping to $73.12 a tonne in the week to April 25. That is not far from a four-and-a-half-year low of $72.98 hit last month.

The response to this collapse in pricing has resulted in some production leaving the market, most notably in China and the United States.

But the main coal exporters of Australia and Indonesia appear to be increasing output, with miners perhaps betting each other that they won’t be the first to go bankrupt.

BHP Billiton, the world’s biggest miner, raised output of thermal coal by 14 percent and coking coal by 28 percent in the quarter ended March 31 from the same period a year earlier.

While acknowledging that times are tough and prices are unlikely to improve any time soon, BHP’s view is that by pushing for volumes it can lower unit production costs and thereby maintain profitability.

This view seems to be shared by other miners, with the Australian government’s Bureau of Resources and Energy Economics forecasting in its March quarter report that the nation’s 2014 exports of thermal coal will rise 3.7 percent to 195 million tonnes, having expanded by 10 percent in 2013.

While that does represent a slowing in the rate of growth, the fact that they are expected to increase at all in the weakest price environment since the global recession shows that market forces appear not to be working in coal.

Australian miners are also hampered by “take or pay” contracts for rail and port, meaning they have to pay for the capacity to export whether they use it or not.

This means it’s often cheaper to continue mining and exporting at a loss than it is to simply shut down a mine.

This can be seen in the shipment figures from Newcastle, the world’s biggest coal export harbour, which have been robust in recent months.

April’s projected exports are 12.49 million tonnes, up from 11.86 million in March and close to the 12.97 million tonnes in January, which was the highest since April last year.

Indonesian producers are also planning on increasing output, having convinced the government to allow 2014 production to at least match that of 2013, reversing an earlier decision to cut it to 397 million tonnes from 421 million.

So far Indonesian output is running ahead of target, with 110 million tonnes mined in the first quarter, according to an April 14 report in Investor Daily.

The top six Indonesian producers want to increase output by an average 11.7 percent in 2014, according to a Reuters poll on March 7.

With the top two exporters planning on shipping more this year, is there any chance that demand growth will match increased supply?

Top buyer China expects coal imports to be more or less the same this year as the 267 million tonnes in 2013, when they grew 14 percent.

Domestic output rose 0.9 percent to 535 million tonnes in the first two months of the year compared to the same period last year, according to an industry website.

While China isn’t expected to provide a boost for coal producers, there are some bright spots, chief among them India.

Japan, Asia’s third-largest coal importer, boosted imports by 9 percent to 48.98 million tonnes in the first quarter from the same period in 2013.

The ongoing absence of nuclear generation and high prices for liquefied natural gas have boosted coal use in Japan, a situation that may persist for the rest of the year.

Number four importer South Korea has boosted purchases by 4.6 percent to 30.15 million tonnes in the first quarter over the same period in 2013, as it also battles nuclear shutdowns and high LNG costs.

Rising demand provides some optimism for Asian coal miners, but the reality is that this increased consumption can be more than easily met and is unlikely by itself to boost prices.

Also, if prices do increase, U.S. producers will be able to resume exports to Asia, thus providing a cap on any possible gain.

It seems the current tactic of trying to increase output in order to lower unit costs and boost revenue is somewhat self-defeating, especially since many miners are attempting the same thing at the same time.

Hoping you have deeper pockets than your neighbour doesn’t seem a particularly smart or sustainable business plan, but it appears that is the only game in town currently. (Editing by Muralikumar Anantharaman)