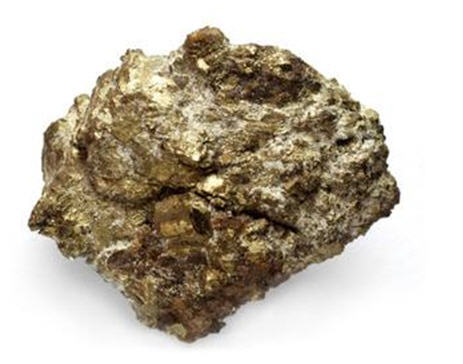 French nuclear group Areva expects uranium prices – under pressure since Japan’s Fukushima accident more than three years ago – to rise again, perhaps later this year or next, a company official said on Monday.

“If you have some kind of move upward it can go quite fast,” said Isabelle Leboucher, Areva senior vice president, marketing.

The March 2011 meltdown at the Fukushima plant triggered a slump in uranium prices, which have struggled to recover since.

But Leboucher, speaking on the sidelines of a conference on uranium at the headquarters of the United Nations nuclear agency, cited the construction of nuclear power plants as an important factor in expectations for higher uranium prices.

Despite the question mark Fukushima put over the future of atomic energy, China and other countries in Asia and elsewhere are pressing ahead with building atomic energy plants, which are fuelled by refined uranium.

“We don’t know exactly when, but it will come back (towards) higher prices,” Leboucher said. “Of course, I cannot say if it is going to go up in the coming months or maybe next year.”

Last month, Areva agreed to a reduction in tax breaks and a rise in royalty rates at its uranium mines in Niger but said the start of production at its giant new Imouraren mine there would be delayed until prices improve.

Partly as a result of Fukushima, the International Atomic Energy Agency in 2013 cut its long-term outlook for nuclear energy growth for a third year in a row. The industry could, however, still nearly double its capacity by 2030 due to expansion in Asia, it said.

All 48 of Japan’s nuclear reactors have been idled for safety checks, but the pro-nuclear government of Prime Minister Shinzo Abe has vowed to restart plants that pass the tougher, post-Fukushima safety checks.

The restart of Japanese reactors will be key to a turnaround in the uranium market, according to a joint uranium group of the OECD’s Nuclear Energy Agency (NEA) and the IAEA.

However, “it will take some time to clear inventories that have built up since they went off line,” said Susan Hall of the U.S. Geological Survey, presenting the preliminary results of the group’s 2014 survey due next month.

Noting that 72 nuclear reactors are under construction worldwide, she told the conference about the prospects for the uranium market: “It is expected that slumping demand will reverse and increase in the coming years.”

Between the first quarter of 2011 and the last quarter of 2013, the uranium spot price has declined from 118.8 euro per kilogram to 66.18 euro, a fall of 44 percent, according to the website of the Euratom Supply Agency.

With uranium prices declining, Leboucher said utilities tended to wait, thinking that they would have better prices in the months ahead. However, “this means also that some will be short of supply, even if some utilities are stockpiling”. (Reporting by Fredrik Dahl; Editing by David Holmes and William Hardy)