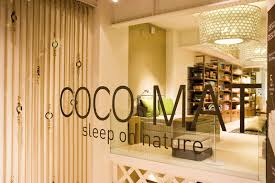 Horsehair from Mongolia, goose down from China and dried seaweed from Greece: the stuffing in Coco-Mat’s natural mattresses is a varied mix.

At the company’s flagship store in suburban Athens, customers are encouraged to test mattresses of different thicknesses and softness by stretching out and taking a nap.

“A mattress is something you spend a lot of time with and usually keep for a decade at least. It’s important to make the right choice,” says Mike Efmorfides, a Paris-trained lawyer who founded the company 22 years ago with his brother Paul, a gymnastics teacher.

Coco-Mat’s products have become a feature of luxury hotels around Greece, yet more than three-quarters of output is exported. The company has 70 retail outlets abroad, from New York and Madrid to Jeddah, Seoul and 15 cities in China.

Turnover has increased 10 per cent during the past five years to €50m, even though sales in Greece showed a steady decline.

“Being export-oriented and not having any bank debt meant we managed to stay profitable throughout the crisis,” Mr Efmorfides says, although he declined to give precise figures.

The Efmorfides brothers started their business by producing rubberised coco fibre for mattress makers in Sweden and Germany at their factory in northern Greece before developing their own product using only natural materials.

Coco-Mat’s “sleep-system” consists of a base mattress with a wooden frame topped with three separate mattresses of different thicknesses. Layers of horsehair and seaweed reduce humidity, and a thin goose-down top-mattress can double as a duvet.

The system replaces the metal springs of a traditional mattress with a base of wooden slats joined with coils of natural rubber. “It gives support without exposing you to magnetic fields that may disturb your sleep,” Mr Efmorfides explains.

It progressed to supplying mainstream hotel brands with mattresses, among them Hilton, Sofitel and Intercontinental. Three years ago Coco-Mat signed its first deal with Aman Resorts, the luxury hotel brand. Four more followed, including a new Aman hotel in Dubrovnik due to open this summer.

The Efmorfides brothers have moved into the hotel business themselves, investing in six boutique properties around Greece branded as Coco-Mat destinations. They have launched a brand affiliation project with 20 others whose guests sleep on Coco-Mat mattresses, mostly in Greece but also in Belgium, France and Germany.

This year, the brothers took a decision to seek global expansion in a more structured way.

“We started Coco-Mat because the two of us needed to feed our families . . . and it became a successful lifestyle company,” Mr Efmorfides says. “We turned away investment bankers suggesting IPOs and private equity funds. But now we’ve found the right partner.”

The privately-held Libra group, controlled by George Logothetis, a New York-based Greek shipowner, has acquired a 50 per cent stake in Coco-Mat for an undisclosed sum. Libra has interests in shipping, energy, aircraft and helicopter leasing and also owns Grace hotels, a small high-end chain with properties in Greece, Panama, Argentina, the US and China.

“The plan is to increase turnover to €250m over the next five years, but to continue making all our mattresses in Greece,” Mr Efmorfides says. “It’s a partnership between two family businesses.”