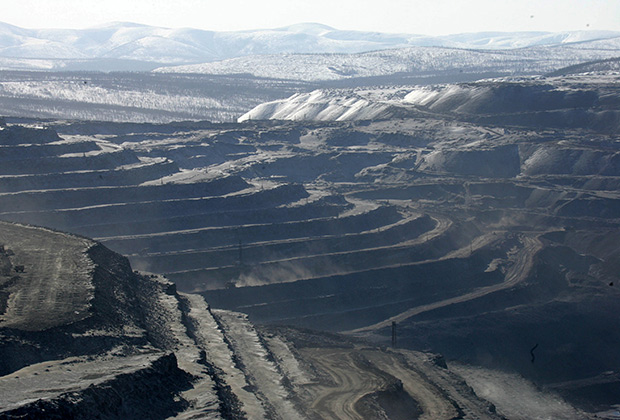 Something doesn’t quite add up with China’s rising steel production, with falling coal output and imports so far this year.

China’s raw steel output was 480.76 million tonnes in the first seven months of 2014, up 2.7 percent from the same period a year earlier, according to data from the National Bureau of Statistics.

However, imports of metallurgical, or coking, coal used to make steel were down 12.6 percent to 36.01 million tonnes in the first seven months of the year, according to customs data.

Given that imports only meet roughly 10 percent of China’s coking coal needs, it’s essential to look at domestic coal output.

Total coal production in China in the first seven months of the year was 2.163 billion tonnes, a decline of 1.45 percent on the same period in 2013, with July’s output down 1.63 percent from the same month last year, according to data from the China Coal Transport and Distribution Association.

What isn’t clear is the breakdown of thermal to coking coal within those broader production figures.

This means that while overall coal output is lower in 2014, it may be that coking coal’s share of this has risen relative to thermal coal, which would offer an explanation for the mismatch between rising steel output and lower domestic coal output and imports.

However, a closer examination of the figures shows that coking coal output would have to have made major gains to account for the discrepancy.

Taking away imports of 36.01 million tonnes, this means that domestic coking coal would have to have supplied about 334.2 million tonnes to the steel sector.

China has for the past two years produced coking coal to thermal coal at a ratio of close to 1 to 7.

If this ratio is applied to the 334.2 million tonnes of coking coal the steel industry would have needed from domestic sources in the first seven months of the year, it would suggest total coal output of 2.339 billion tonnes.

This is 176 million tonnes more than has been reported, implying that the ratio of coking coal to thermal coal has dropped to around 1 to 6.5.

It’s entirely possible that this is indeed the case, given the additional coking coal mine capacity that has been added in Shanxi province, the top domestic supplier of the steel-making ingredient.

A Standard Chartered report from April last year estimated that 111 million tonnes of coking coal capacity would be added to Shanxi mines in the three years from 2013 to 2015, with the bulk coming in the first two years.

The only other plausible explanation is that coking coal demand has been partially met from reducing stockpiles.

Greater efficiencies at steel plants is also a possibility, but this would likely have made only a marginal difference to consumption of coking coal.

What is most likely is that the additional coking coal demand has been met from domestic sources, despite seaborne prices falling to their lowest level in seven years.

The question then becomes as to whether Chinese coking coal miners can continue to increase output, or whether they are being subject to the same profitability issues currently being suffered by their global counterparts.

Estimates from analysts vary, but the consensus is that at least 30 percent of global coking coal production is loss-making at the current Asian spot price of about $113 a tonne.

This may rise to as much as 50 percent if the cost of sustaining capital is added in, and miners are starting to respond by idling output, particularly in North America.

Canada and the United States have been the second- and third-ranked coking coal exporters behind Australia, with those three countries accounting for about 90 percent of global seaborne trade in recent years.

About 70 percent of Chinese coal mining companies are making losses, according to the China Coal Industry Association.

This suggests that Chinese miners are worse-off than their global counterparts, and are thus unlikely to be able to increase output by significant amounts under the current pricing scenario.

If steel output continues to grow, it becomes increasingly likely that additional coking coal demand will have to be met by imports, with the current weak prices a further incentive for steel mills to source from overseas.