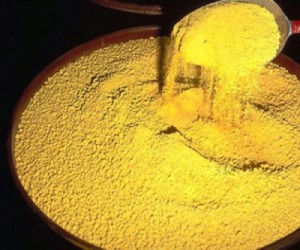 A few months ago, I believed uranium would bounce off lows and make a powerful move higher. The spot uranium (OTCPK:URPTF) price is beginning a rebound rallying more than $3 per lb over the past few weeks.

I alerted my readers to the reality that end users of uranium are concerned about geopolitical stability and are actively looking for safe and long term secure supplies of U3O8. Any hiccup in production could significantly impact global supply.

Although there is abundant amounts of uranium in North America and Australia most of the production comes from unstable areas such as Kazakhstan, Niger and Russia. The recent sanctions with Russia could have a major impact on pricing.

Russia through Rosatom operates Kazakhstan production which is the largest supplier of uranium to the world. Europe and the US are some of the largest consumers of nuclear and have relied on cheap Russian uranium for decades.

What happens when the cheap uranium runs out especially at a time when demand is growing? A price spike with triples and quadruples in the uranium miners (NYSEARCA:URA).

China is leading the nuclear renaissance where they may build hundreds of reactors over the coming generation. Despite Japan and Germany’s knee-jerk reaction to abandon nuclear temporarily after Fukushima, demand for uranium is rising.

Now only a few years later, Japan may turn back on their nuclear reactors and Germany may have to look at turning back on its nuclear reactors this winter especially if Russia turns off the natural gas taps. The anti-nuke crowd may grow increasingly out of favor when the German population is freezing and in the dark.

End users may have to move quickly to secure supply from the junior uranium miners rather than rely on Russia. The major uranium producers such as Areva (OTCPK:ARVCF), Cameco (NYSE:CCJ) and Rio Tinto (NYSE:RIO) have already been shutting down high cost marginal mines due to the low uranium spot price. Don’t underestimate black swans with Cameco which is dealing with labor challenges and technical obstacles in the Athabasca Basin.

In conclusion, expect the uranium price rebound to continue as end users buy in the spot market and look to secure deals with emerging producers. Don’t be surprised to see more off take agreements and strategic equity investments in junior uranium miners.