﻿ www.unuudur.com » Why Hong Kong Protesters are Using Firechat for Peer-to-Peer Communications on Their Mobiles 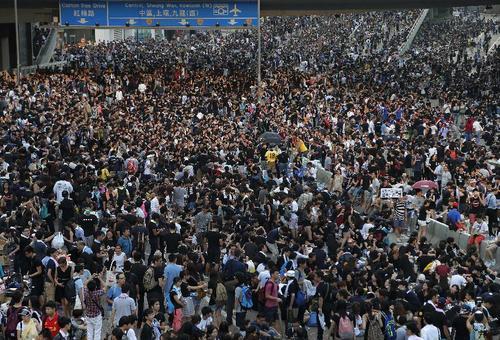 Protesters in Hong Kong are using WhatsApp, Twitter and any number of messaging and social media services to communicate and coordinate their activities as tensions with local Chinese authorities intensify. But one app in particular is getting more attention than usual: FireChat.

The messaging app created by Open Garden can send and receive messages without an internet connection. It uses peer-to-peer Bluetooth and Wi-Fi Direct connections to link to other nearby FireChat-enabled devices. If you get enough of those devices in the same area, the result is a massive mesh network in which every handset can message every other handset in daisy-chain fashion – without ever sending a packet over an internet router.

In Hong Kong, students and their supporters are protesting China’s refusal to back democratic elections for the territory as it promised when it took over Hong Kong from the British in 1997. China has a dismal track record when it comes to censorship, so an app like FireChat is an ideal protest tool, keeping people connected even when the government shuts down the communications infrastructure.

So far Hong Kong internet services haven’t been blocked and the cellular networks remain on line (though highly congested), but CNN reports that the Chinese government is blocking protest news and social media posts on China’s mainland (Instagram has been taken offline completely). If a wave of mass internet censorship and network blocking did hit Hong Kong, though, apps like FireChat could still continue to function.

On Sunday afternoon in Hong Kong (around 11 PM PT on Saturday), Open Garden started seeing a lot more FireChat activity in region. More than 100,000 new users downloaded the iOS or Androidapp and signed up for an account, and FireChat jumped to the most-downloaded slot in the iTunes App Store.

As for how much off-grid messaging FireChat is generating in Hong Kong, Open Garden simply doesn’t know. Since those sessions take place directly between devices in a crowdsourced mesh network, the messages never hit Open Garden’s servers. Open Garden is just as blind as the Chinese government to those communications, Daligault said.