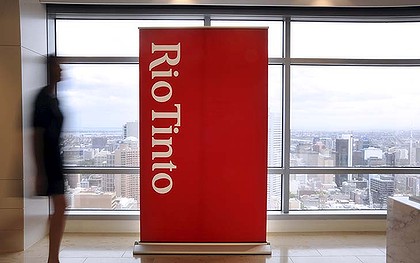 Rio Tinto Group is still in talks with Mongolia to clear the way for a $4.2 billion plan to expand the Oyu Tolgoi copper and gold mine following the expiration of a deadline set by lenders for the project.

Commitments from project finance lenders expired Sept. 30, Rio’s Turquoise Hill Resources Ltd. (TRQ) unit said today in a statement. No requests have been made to extend those commitments, although there continues to be “engagement” with the lenders, it said.

Underground development at Oyu Tolgoi, which is Mongolia’s largest foreign investment, has been held up for more than 18 months due to a tax dispute, cost overruns and shareholder conflicts between the two parties.

Financing for the underground development was set to involve 15 banks. The financing package was extended three times over the course of the dispute.

Rio, which is based in London, holds a 51 percent stake in Vancouver-based Turquoise Hill, according to data compiled by Bloomberg.

To contact the reporter on this story: Simon Casey in New York at scasey4@bloomberg.net