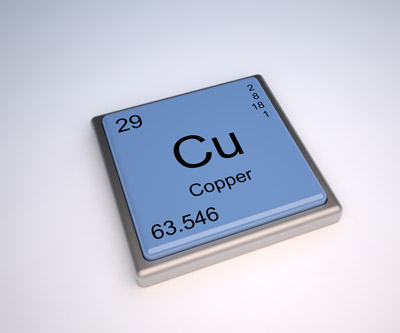 The fourth quarter of 2014 is likely to be a bumpy one for commodities and smart investors are going to have to factor in geopolitical risk, a rising US dollar and a slowdown in Europe in China if they are participating in the sector.

This is the view of Ole Hansen, the head of commodity trading at Saxo Bank who recently released a report for clients outlining his three key trades for the last quarter of the year. In his report entitled Broken promises, Hansen says he is expecting a weaker copper price, some support for Brent Crude oil and a bounce in the gold price.

Pointing out that commodities had hit a “near-perfect storm” of risk aversion in the third quarter, commodities had subsequently pulled back sharply. “So much so, that from leading other asset classes during the first half, the Bloomberg Commodity Index of 22 leading commodities has now slumped to levels last seen at the depth of the global financial crisis and recession back in 2009.”

In respect of his proposed copper trade, Hansen says he expects copper price to fall further in the last quarter on the back of the Chinese slowdown in demand. He is expecting copper for December delivery to drop below $2.98/lb and to potentially fall as low as $2.72/lb.

He told clients: “Copper inventories on the London Metal Exchange have fallen to their lowest level since 2008 and this has helped support the price despite the lack of any clear signs of actual demand towards consumption, especially considering the current risk of China undershooting its stated growth projection of 7.5%. A slowdown there is currently not expected to be met with any price supporting factors such as a new dramatic stimulus initiative.

Given that copper inventories tend to rise during the northern hemisphere winter, support for copper during the final quarter can be hard to come by, not least considering the current outlook for an even stronger dollar.”

Gold, he says, could be due for a reversal in fortune after a torrid first three quarters in 2014. He points out that while gold has underperformed in US dollar terms, if it is measured against the Euro, the metal has in fact risen by almost 10% this year.

Hansen believes that the Swiss referendum on 30 November, may well be the catalyst for a revival in the fortunes of gold. If the referendum is passed, the Swiss National Bank would need to hold at least 20% of its assets in gold; refrain from selling any of its gold reserves and store all its gold within Switzerland.

Hansen told clients: “Gold’s share of Swiss currency reserves has fallen from 30% in 2000 to 8% currently and if the referendum is passed, the SNB would need to buy a substantial amount of gold over the next three years. So far, the Swiss parliament has overwhelmingly rejected the initiative as it would curtail the SNB’s ability to conduct monetary policy and the SNB could be forced to give up its current peg at 1.20 against the EUR. Holdings in Exchange Traded Funds have dropped to a five-year low while hedge funds have cut their net-long to the lowest since January, and on that basis, this could potentially be the ‘Scottish moment’ for gold as any sign of a potential yes would change the sentiment and direction in the market.”