﻿ www.unuudur.com » The coal industry is in a state of denial – Russell

The coal industry is in a state of denial – Russell 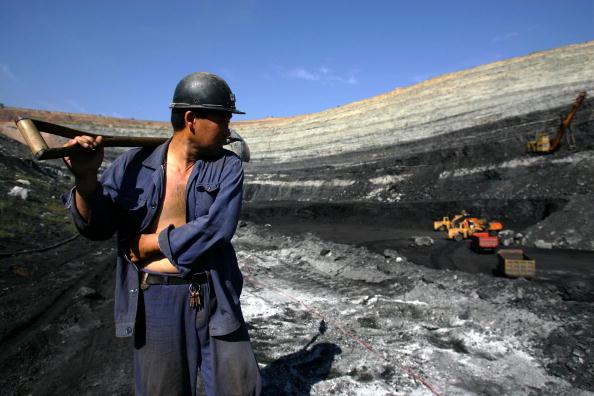 These days you would expect a gathering of coal industry executives to be a fairly gloomy affair, given the drop in prices to near seven-year lows, the increasing threat of regulation to control pollution and the general image of the fuel as the main climate change culprit.

You might hope for a sense of realism and practical moves to address the issues, but instead the World Coal Conference in Copenhagen this week was characterised by what seemed like a state of denial.

The first instance of denial is over the causes of the dramatic slump in prices, with European API2 futures falling this week to the lowest since 2007, and nearly half of what they fetched in 2011.

Spot thermal coal at Australia’s Newcastle port fell to $64.92 a tonne in the week ended Oct. 10, 1 cent higher than the previous week, which was the lowest since mid-2009.

A common question among the hundreds of delegates at the conference in the Danish capital was what was the outlook for demand in China and India, the world’s two biggest coal importers.

While the state of demand in the two Asian giants is undoubtedly important, the question betrays the hopes of the questioner.

Miners, traders, shippers and others involved in the production and movement of coal are all fervently hoping for a demand-led revival.

And while it is indeed possible that there may be some increase in overall demand for seaborne coal this year in Asia, it’s likely to be modest and nowhere enough to give even false hope to those praying for a sustained recovery in buying.

However, China is likely to import less this year, with inbound shipments in the first nine months of 222.85 million tonnes, a drop of 6.7 percent on the same period last year.

Rather than talking of when a revival in demand will boost prices, the industry has to face the reality that it is only the removal of excess supply that will allow for a modest price rally.

And here lies the problem. While high-cost suppliers to the Asian seaborne markets, such as the United States and Canada, have almost completely left the market, supply from Australia, the world’s biggest exporter of coal, is still growing.

Exports from Queensland state, the main producing Australian region, reached a record 158.5 million tonnes in the January to September period, according to industry figures.

Although some mines have closed, more are opening with BHP Billiton and Mitsubishi Corp on Oct. 13 starting their eighth joint venture mine in Queensland, Caval Ridge, initially producing up to 5.5 million tonnes per year of metallurgical coal used in steel making.

The prevalence of “take or pay” contracts, which force miners to pay for rail and port capacity whether they use it or not, has effectively ensured that Australian producers would rather sell at a loss than idle pits.

Yet there is little discussion at industry forums of how to deal with the “take or pay” contracts, meaning that oversupply is likely to continue.

Indonesia, the world’s largest exporter of thermal coal used in power plants, has tried to limit shipments in 2014 to what they were in 2013, but even a flat outcome means that supply isn’t leaving the market, even as top buyer China imports less.

The message the coal industry seems not to want to hear is that low prices are a supply issue, not a demand issue.

Coal is the enemy of poverty

Another criticism of the global coal industry has been that they have been unwilling, or unable, to fight their corner against the rising tide of green activism and government regulations that seek to limit the use of the fuel.

The line at previous industry gatherings has tended to be that coal is a necessity for providing cheap energy, and everybody should accept that fact and move on.

This time, the message appeared to be more sophisticated, namely that coal is a friend to the world’s poor in their efforts to get access to affordable power.

Enemies of coal-fired power are effectively supporters of poverty and disadvantage.

Kevin Crutchfield, the chairman and chief executive of Alpha Natural Resources, said that nobody should have to make a choice as whether to “heat or eat,” citing increasing cases of people in the developed world being unable to afford power bills as a result of higher costs imposed by governments pursuing policies promoting renewable energy.

The defence of coal as a cheap, reliable source of power was stirring, but once again, the industry seems to be in denial over the reality that no matter what it may believe, or not believe, about climate change, the world is moving toward regulating and reducing the use of coal.

The industry is correct in believing that there is no current alternative to the mass use of coal for power generation and for steel-making.

But the main question for the coal sector is whether they can accept that this situation can change, and is already changing in many parts of the world.

It will take more than new coal power plants in India, Southeast Asia and other parts of the developing world, such as Africa, to ensure the industry continues and enjoys sustained profitability. (Editing by Keiron Henderson)