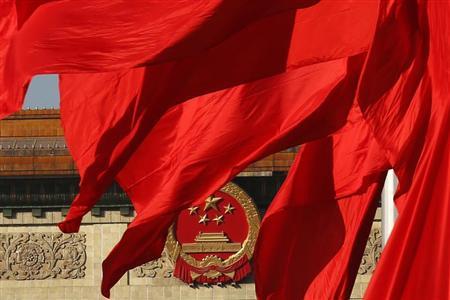 China’s economy grew last quarter at its slowest pace since the depths of the global financial crisis, raising concerns over global growth prospects and increasing the likelihood Beijing will introduce broader stimulus measures.

Gross domestic product in the world’s second-largest economy expanded 7.3 per cent in the third quarter from the same period a year earlier, its weakest performance since the first quarter of 2009, when growth was just 6.6 per cent.

But unlike then, when the economy was in freefall as a result of the global financial crisis originating in the US, China’s growth problems this time are largely homegrown.

The latest quarterly reading means China’s economy this year is almost certain to register its slowest annual pace since 1990, when the country faced international sanctions in the wake of the 1989 Tiananmen Square massacre.

A correction in China’s property sector, the most important driver of the economy for much of the past decade, is the biggest drag on growth and most analysts expect things to get worse, given huge oversupply across the country.

Investment in real estate in the first nine months continued to expand but at a slower pace, rising 12.5 per cent over the same period last year, compared with an increase of 13.2 per cent in the first eight months.

Housing sales by floor space fell in the first nine months of this year by 10.8 per cent compared with the same period in 2013, suggesting that the property investment slowdown has further to go.

Other monthly data released on Tuesday, including industrial production and consumer retail sales, showed a mild rebound in September compared with the previous two months but most analysts expect the slowdown to continue.

By the end of September, Chinese factory gate prices had been in deflationary territory for 32 consecutive months, the longest period of producer price inflation in the country in the modern era.

The second-longest period was 31 months between 1997 and 1999, during the worst of the Asian financial crisis.

Most alternative growth indicators, such as electricity consumption, railway freight traffic and credit expansion have also been weak and most analysts expect Chinese growth to slip further in the coming months.

The World Bank forecasts China will grow 7.4 per cent this year and 7.2 per cent next year. That would mark the first time in more than a decade that Beijing has missed its GDP growth target, which it set at “about 7.5 per cent” for this year.

Officials and economists say they expect the target to be set at 7 per cent next year.

In recent months, Beijing has stepped up targeted stimulus measures in an effort to boost growth without reigniting a fresh credit and investment bubble.

These include liquidity injections for major banks, abolishing restrictions in the housing market aimed at deterring speculators and speeding up the construction of some government infrastructure projects.

Most analysts expect to see further measures from the government to prop up growth, including interest rate cuts.

“Powerful headwinds from the property market correction and severe overcapacity in many upstream industries, coupled with the reduced potency of policy easing amid an overleveraged economy, means the policy response seems to have only succeeded in stabilising growth rather than driving a strong rebound,” analysts from Nomura said in a research note.

“We continue to expect China‟s policy makers to resort to stronger measures.”