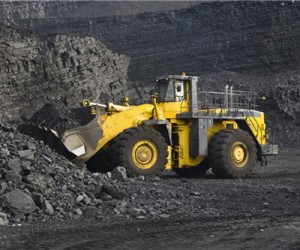 A recovery in metallurgical (met) coal prices to between $135 and $145 a metric tonne is unlikely before the second half of 2016, says Moody’s Investors Service.

In its sector commentary ‘Slow China demand, few curtailments push out met coal recovery’, published on Thursday, the firm noted that while it maintained its expectation that production cuts would ultimately bring benchmark prices closer to the $135/mt to $145/mt marginal cost of production; it now believed that it would take longer than previously forecast.

Moody’s pointed out that while the fourth-quarter benchmark price for high-quality coking coal settled at $119/mt, essentially identical to the second and third quarters, spot prices for high-quality met coal showed no upward momentum.

Exacerbating the trend were a muted supplier response, slowing demand from China and a weak global economy, which made any material price recovery unlikely over the next 18 months.

“Weak demand from China, which consumes close to 60% of the world’s coal, will push out the recovery,” Moody’s VP and senior analyst Anna Zubets-Anderson said.

China also produced more than half of the world’s met coal. “We are seeing slowing imports into China and believe that the Chinese steelmakers rely more heavily on domestic met coal supplies and attempt to manage with lower inventory levels,” Zubets-Anderson commented.

The slow implementation of supply curtailments would also affect the recovery of coal prices.

Continued growth in coal production in Australia, whose miners made up roughly half of the seaborne met-coal market, was also expected to contribute to sustained low prices.