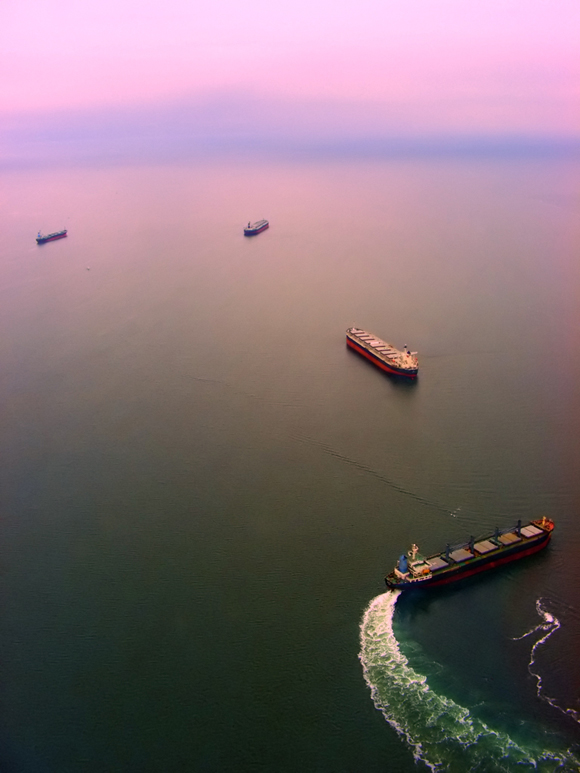 The price of iron ore dropped to a nearly five-and-a-half year low on Tuesday amid increasingly negative sentiment on metals and minerals markets, a cloudy outlook for top consumer China and a supply surge.

The Northern China CFR 62% Fe benchmark import price tracked by The SteelIndex was pegged at $77.10 a tonne on Tuesday, down nearly 1% on the day.

The steelmaking raw material is now trading at the lowest price since June 15, 2009 and nowhere near the all-time high just shy of $192 a tonne hit in February 2011.

The expansion of the Big 3 has been well documented (and lamented), but the fortunes of Fortescue Metals Group is even more emblematic of the supply flood.

FMG shipped its first ore to China in May 2008. Now it’s a 155 million tonne a year operation – equal to the total tonnage Brazil shipped to China last year. (Not that Vale is taking this lying down – S11D on its own will bring 90 million new tonnes on stream within only two years.)

While the impact of additional supply is clear and Chinese imports continue to climb and could reach more than 950 million tonnes at current growth rates, domestic Chinese production is much harder to quantify.

The country’s miners produce some 350 million – 400 million tonnes a year on a 62% Fe-basis, although reliable stats are lacking (this figure is calculated working backwards from pig iron production).

Two short years ago $120 a tonne were considered a price floor; the thinking being that any extended period below this level would drive out high cost Chinese iron ore miners struggling with grades as low as 15%.

When $120 came and went, $100 was considered the level swing producers would abandon the market. With ore looking as if it’s settling in below $80 assumptions about Chinese domestic supply are being severely tested.

Despite production costs north of $90, Chinese iron ore miners have actually been expanding, increasing production by more than 8% this year, and the reasons for their stickiness are plenty:

Many mines are captive to steel mills

Local governments have been propping up mines with tax breaks, other incentives

Beijing, already importing over 70% of demand, may be wary of increasing reliance on foreign miners any further

Beijing, already importing over 70% of demand, may be wary of increasing reliance on foreign miners any further

The price is also being influenced negatively by short term factors as Beijing gears up to host the Asia-Pacific Economic Cooperation summit.

The Chinese capital and environs are imposing the most stringent pollution controls since the 2008 Summer Olympics to curb smog during the meeting of global leaders.

Steel mills in Hebei province, the country’s steel producing hub in the region of the capital, are temporarily shutting off production, exacerbating the iron ore price declines.

But further out China’s declared war on pollution should have positive consequences for exporters; provided the quality is right.

Because Chinese ore is of such a low quality most Chinese fines require a process called sintering before being fed into blast furnaces.

Sintering adds to the environmental impact and costs which does not fit well with Beijing’s green agenda and plans to eliminate overproduction in the steel sector.

China’s steelmakers have been substituting domestic supply with so-called “lump” ore from Australian, South African and South American producers that lower costs and cut pollution by reducing the need for sintering.

Premiums for high-quality lump last week hit the highest since April with some cargoes being put up for sales for as much as $94 a tonne according to Platts data. Pellets premiums have also risen, although still below the $41 a tonne reached in March this year.