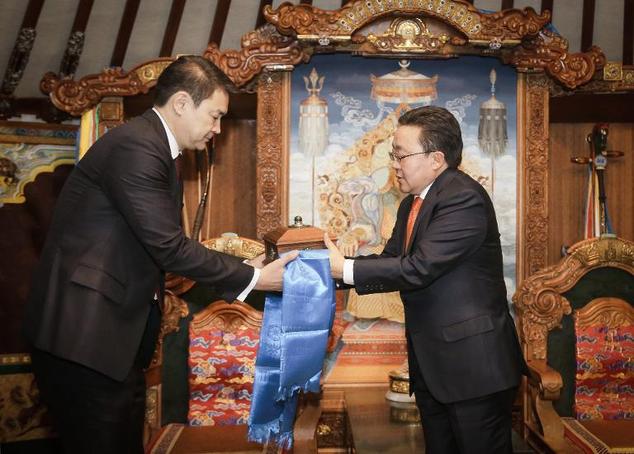 Mongolia’s parliament has elected a new prime minister after an acrimonious week, amid signs of widening political discord as the economy weakens.

Saikhanbileg Chimed, the cabinet secretary for the previous prime minister who was ousted this month, was elected on Friday by 44 of 46 members of the parliament, known as the Grand Hural. Another 32 parliamentary members from the opposition Mongolia People’s party boycotted the election.

The ruling Democratic party has been under siege by the MPP since the August decision by Norov Altankhuyag, former prime minister, to consolidate the number of ministries in Mongolia from 16 to 13.

The party has also been affected by internal squabbling, with DP politicians earlier this week backing Rinchinnyam Amarjargal, a Russian-educated democracy activist who briefly served as prime minister in 1999.

Mr Amarjargal was one of eight DP members who backed the opposition’s no-confidence vote against Mr Altankhuyag.

Neither party has an easy fix for Mongolia’s deteriorating economy. Previous promises to increase social spending and government salaries are running up against budget limits, and the banking sector is heavily exposed to mining and related industries.

Mongolia’s currency, the tugrik, has weakened 5 per cent in the past six months against the dollar to 1,879.

Foreign investment has plummeted thanks to falling prices for Mongolia’s main exports, copper and coal, as well as a longstanding dispute between the government and miner Rio Tinto over the terms of investment in the $5bn underground stage of the Oyu Tolgoi copper and gold mine.

Earlier this month, Rio Tinto replaced two of the most senior executives in its Mongolian operations. Kay Priestly and David Klinger were chief executive and chairman respectively of Turquoise Hill, the Canadian-listed subsidiary that controls two-thirds of Oyu Tolgoi.

CIC already owns 16.5 per cent of the company. SouthGobi has until December 1 to make the payment.