A Little Correction to Mr. Enkhsaikhan’s Push for Constitutional Reform 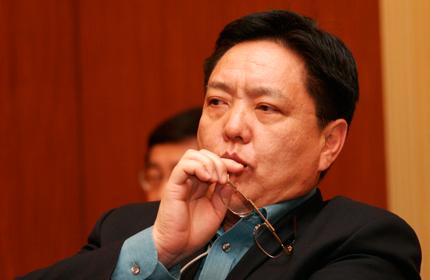 Coinciding with the birth of New Prime Minister, Mr. Enkhsaikhan, former Prime Minister and one of the political heavyweights, made an interesting presentation at the research workshop on the “Constitutional Reform” – link. He was sharing his view on creating a bicameral legislature and a strong president. For making his points clear, he referred to two academic sources. But, he didn’t use his sources properly – either intentionally or unintentionally. And, I like to make a little correction.

He referred to Dr. Steven Fish’s article – “The Inner Asian Anomaly: Mongolia’s Democratization in Comparative Perspective” – published in the peer-reviewed journal of Communist and Post-Communist Studies in 2001. First, Enkhsaikhan was correct that Fish called Mongolia as an anomaly, but Dr. Fish wouldn’t interpret as Mr. Enkhsaikhan did. Second, Fish didn’t mean that the political institutionalization of Mongolia had intention to destroy (in the Enkhsaikhan’s line “to burn”) the state institution.

There are two scholars (political scientists) examined our political institutionalization processes and published several in the peer-reviewed, academic journals. One is Dr. Steven Fish.

His first article appeared in the Journal of Democracy in 1998 – argued that Mongolia’s democratic transition succeeded due five factors: (1) to the compromise between the communist party leaders and the opposition in 1990, (2) institutional choice of semi-presidentialism in the 1992 Constitution, (3) a strong multi-party system, and (5) vibrant civil society. Therefore, Mongolia made a successful transition to democracy without any prerequisites.

Then, in 2001, he compared Mongolia with five Central Asian states and asked why only Mongolia succeeded in transition and was moving forward to the democratic consolidation. So for him, Mongolia’s successful trajectory of democracy was an anomalyin comparison with Central Asian states, but not other democracies. In other words, theories that explain the political trajectories (e.g., failure of democratization and autocracy) of post-Soviet states, esp., those in Central Asia, could not explain the Mongolia’s success; therefore, Mongolia is a theoretically deviant, outlier case.

He listed five reasons – why the Mongolian democracy was successful. First, Mongolia did not have abundant natural resources, especially oil and gas. Second, Mongolia was not geo-strategically important for great powers, especially for Russia during 1990s. Third, Mongolia, given its location and the small size of population, did have any pretensions to becoming a regional power like Kazakhstan and Uzbekistan. Fourth, there was no national father figure in Mongolia at a time of transition. Fifth, Mongolia successfully dispersed the political power between the president and the parliament while all five Central Asian states and Russia concentrated power in one institution – the president. This is the article, Mr. Enkhsaikhan referred.

Interestingly, I would like to share a few of Dr. Fish’s warnings for Mongolia – because he was (in 2001) still considering Mongolia was in transition and needed to pass some tests. It might be easier, to cite them:

“….if Mongolia’s hopes for great oil wealth [natural resources] are realized, the state may quickly become little more than a battleground for actors seeking control over the proceeds from oil rents. Such a circumstance would critically endanger democratization” (p. 336).

“Were Putin to pick a particular politician or political force in Mongolia and back such an individual or force unconditionally, democracy’s prospects in Mongolia could suffer severely” (p. 336).

“Whether Mongolia can maintain a reasonably high level of democratic attainment depends in large part on the skill and imagination of its political leaders” (p. 337).

Later in the same year, he also included Mongolia in his comparative study of post-communist states in Central and Eastern Europe and former Soviet republics. The book is called Postcommunism and Theory of Democracy. One of his major findings was that only states, including Mongolia, that avoided the superpresidentialism through dispersement of power between the president and parliament, remained as democracy in the post-communist bloc. And, he even presented his formula for democratic reversals that would lead into superpresidentialism by using the presidential powers.

Although we’re always sceptical about foreign scholars who are writing on Mongolia, we could not misinterpret their research findings, especially when they devoted reasonable efforts by talking to our politicians from both spectrum, bureaucrats, scholars, and foreign observers. Dr. Fish had provided the list of his interviewees.

In sum, I don’t think that Dr. Enkhsaikhan’s usage of the scholarly source was helpful for our academic and policy debates over political institutionalization if we misinterpret it. However, I am very glad that politicians are devoting their valuable time and effort to connect the theory and practice before going into a difficult battle.

Jargalsaikhan Mendee, a graduate student of the Political Science Department of the University of British Columbia