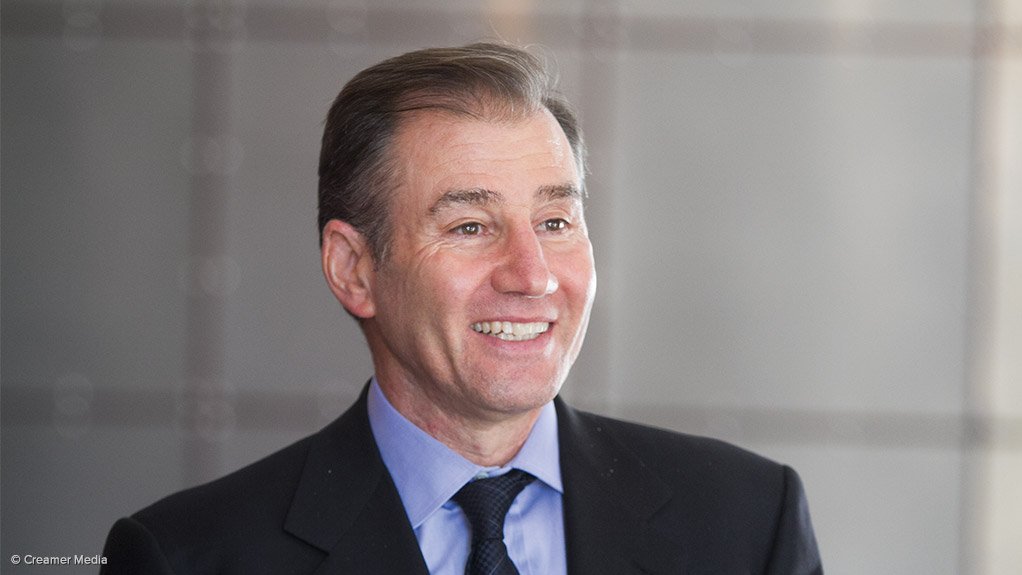 Highlighting the need to differentiate by commodity in allocating capital, Glasenberg said at the company’s investor day in London that the commodity prices that had fallen had come off because of over supply.

He displayed a graphic that indicated a significant misallocation of capital in iron-ore in particular and defended his company against accusations that it was itself guilty of increasing coal supply, arguing that the addition of 18-million tons of coal into the seaborne coal market of 950-million tons a year was insufficient to lower the price.

He said that the London-, Hong Kong- and Johannesburg-listed company was dead against supplying in a manner that cannibalised businesses and had stopped Australian coal production for three weeks to avoid being forced to sell coal at poor margins.

He cautioned against viewing the internal rates of return (IRRs) of expansions in isolation and urged companies to view IRRs holistically and avoid being lured by their false attractiveness when viewed alone.

While it was important to cut costs and introduce technical expertise to reduce costs, setting out to go down the cost curve by increasing supply could have the backfiring effect of lowering prices overall.

“But we also know that in commodities where there have not been big increases in supply, prices have gone up,” he said, displaying a graphic, which showed that the prices of nickel, aluminium and zinc had risen in the year to date and emphasised that differentiation by commodity was critically important.

He nailed the company’s colours to the multicommodity mast and reiterated the defence against falling prices of having a marketing role in addition to mining.

Commodities singled out for particular favour currently were copper, where the so-called surplus was proving elusive; zinc, where millions of tons of additional supply would be needed in the next half decade to balance the market; nickel, where the market would be balanced next year and fall into substantial deficit from 2018; and coal, where some high-cost supply was shutting and new investment was being delayed.

He said there was a market rebalancing in coal, which he reiterated would have a good future. A graphic of consensus price forecasts showed coal in positive price territory in 2015.

With Glencore’s long-life ferrochrome, copper, thermal coal, zinc and nickel assets in first quartile cost positions, it was a misnomer to say that the company did not have tier-one assets.

It was the only company without declining copper grades and had a list of brownfield growth options in copper, zinc, nickel, coal and oil, on which the button could be pushed beyond 2016.

“But these are not assets that will add new tons into the market and cannibalise the price and our existing operations. They’re small and they’re not going to move the needle.”

As the company’s brownfield oil option in Chad was on land, it could be kept shut until the oil price moved more in the company’s favour.

“That’s how we operate as Glencore. We do think that our trading skills stop us from increasing tons that are not going to give us a return,” Glasenberg added.

Continued optimisation of the asset portfolio is reportedly underpinned by target return on equity (RoE) of 20% to 25% for incremental mining capital and a sustainable marketing RoE of 40% to 65%.

The balance sheet structure for equity returns, liquidity and cost of capital is said to be optimal and the company’s Baa/BBB credit rating target keeps funding costs optimal.

The owner-managed concern has pledged to continue to return excess cash to shareholders and to complete 70% of its $1-billion equity buy-back by year-end.