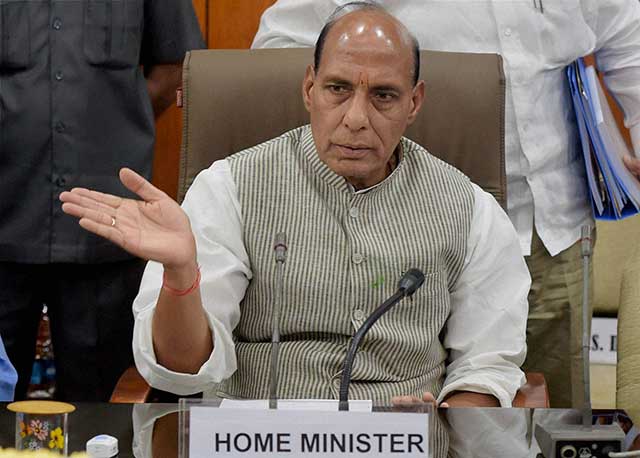 Union Home Minister Rajnath Singh on Friday said India and Mongolia should increase their cooperation for “effective prevention and detection” of issues like terrorism and trans-national crimes.

Singh said both the countries “need increased cooperation for effective prevention and detection of crime with the growth of global terrorism, trans-national crimes like drug trafficking, smuggling of illegal arms and ammunition”.

The home minister made the remarks when a Mongolian delegation led by head of General Authority on Border Protection (GABP) Brig Gen Lkhachinjav called on him here.

Citing the past strong historical, cultural and spiritual ties with Mongolia, Singh assured all possible help to GABP like assistance in capacity building in the areas of special operations, cyber security, information technology and computers, weapons and tactics, bomb disposal and disaster management.

Besides, he offered to train GABP officers in these areas.

“The home minister also stated that India can help GABP in building capacity by trainer development programmes so that they can impart skills to other members of GABP in Mongolia itself,” said a government release.

Citing the nearly 60-years-old diplomatic ties with Mongolia, the minister said both the nations can help each other in better management of borders through exchange of technology.

“Both the forces can learn from the best practices in border management followed by each force. Border management in high altitude and cold regions and deserts can be one of the areas of focus.”

The minister said both nations can help each other in better management of borders through exchange of technology, equipment and methodology of border management.

“There is a need of joint exercises between GABP and BSF in operational, training and technology exchange,” he added.

Besides Singh and GABP chief Lkhachinjav, others present at the meeting were Border Management Secretary Sneh Lata Kumar, BSF Director General D.K. Pathak and senior officials from the home ministry, BSF and GABP.