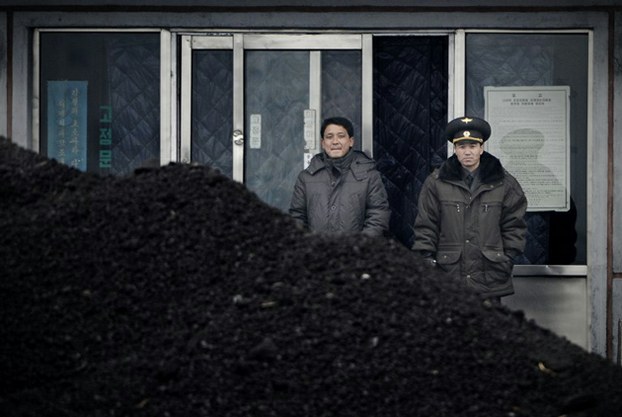 North Korea’s export of coal to China has dropped off dramatically in the face of stricter Chinese air pollution curbs and energy shortages back home, coal traders say.

North Korea exported about 1.2 million tons of coal a month on average, earning an estimated one billion dollars last year.

But so far in 2015, little if any coal has crossed the border between the two communist allies because North Korean coal does not meet new Chinese standards.

“Not even one ton of North Korean coal has been carried to China so far, because the Chinese government has regulated sulfur content in coal,” a trader surnamed Wang, who has imported North Korean coal into China for over 10 years, told RFA’s Korean service.

The sulfur restrictions are a part of Beijing’s response to severe air pollution in its major cities and measures to address global warming.

Chinese state media reported on Nov. 26 that Beijing would impose fines on individuals and companies that burn coal which exceeds 0.5 percent in sulfur content.

The Environmental Protection Agency in the northern Chinese city polled 400 companies who use coal for heating and found that 80 percent of them reported using coal that meets the new rules.

Those standards are higher than North Korea can meet, say industry experts.

“In the case of high-quality coal, if people dry it out, it can meet China’s standards,” said Wang.

“However, North Korea exports coal to China without this [drying] process, so coal from North Korea fails to pass import inspections,” he said.

“Far from drying its coal, North Korea adds water to make it heavier.”

A source in North Pyongan province in North Korea said he was unaware of the new sulfur standards, and that in any case, the regulations were a moot point when energy shortages in North Korea meant “there is no coal to export.”

“All hydroelectric power plants in North Korea have stopped working because of the drought from last year,” said the source.

“All coal that is produced has been sent to thermal power stations, since output of coal has fallen due to cold weather.”

According to a 2013 report by the Korea International Trade Association, a South Korean organization, more than 70 percent of North Korea’s exports to China are from mining products.