﻿ www.unuudur.com » Out of steppe: the $28bn plan to modernise Mongolia’s Ulan Bator

Out of steppe: the $28bn plan to modernise Mongolia’s Ulan Bator 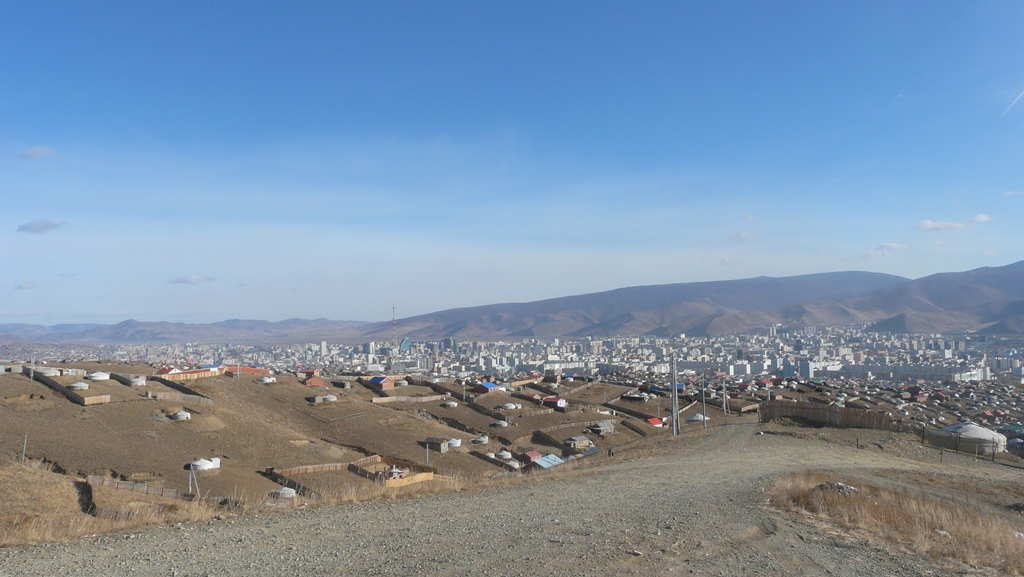 In 1990 Enkhtuya Baatar was a nomadic herder living in Mongolia’s northern Bulgin province when, one day, wolves began picking off her sheep. When a bitter winter, known as a zud, killed her remaining livestock Baatar, now 55, had little choice but to pack up and move her husband and four children to Ulan Bator, Mongolia’s capital. They rented a room on the outskirts of the city, sleeping on the floor. “We didn’t have any furniture, just a little old chest that served as a table, the place to make food, a cupboard, everything,” she says.

Mongolia is one of the most sparsely populated countries in the world, a land of desert, steppe and mountains of dizzying expanse. Ulan Bator, though, is brimming. In 1989 and 1990, when the Soviet Union collapsed and Mongolia became a democratic market economy, 27 per cent of the country’s population lived in the city. In recent years rocketing economic growth, spurred by the country’s vast and mostly untapped natural assets, has drawn herders to the capital in droves. Today almost half the country’s population, about 1.3m people, live in the city. The Asian Development Bank estimates about 40,000 migrants arrive each year.

With a lack of affordable housing and limited space in central Ulan Bator, most newcomers have little choice but to settle in ger districts, named after the country’s traditional round felt tent, which translates as “home”. These sprawling, unplanned neighbourhoods, formed of gers, makeshift houses and dirt roads, radiate from the high-rise office and apartment blocks of the centre like rings on a tree stump, with the newest settlements the furthest flung.

Once regarded as a temporary byproduct of modernisation, these districts now house about 60 per cent of Ulan Bator’s population. Basic services such as running water, sewage and waste disposal are near absent, while schools, medical centres, community space and public transport are oversubscribed. During the winter, when temperatures drop to -40C, residents burn coal and sometimes rubbish on stoves, making Ulan Bator’s air among the filthiest in the world.

Badruun Gardi, an adviser at the Zorig Foundation, an NGO working in the ger districts, describes Ulan Bator as “extremely divided”. “The truth is a very low percentage of people living in the ger districts can even dream of moving into one of these apartment buildings,” he says. “Integration is a problem because it’s such a shift from a herder mentality to living in a city. The word ‘community’ doesn’t exist in the Mongolian language.”

Although the ger areas have long received attention from global charities and development banks, the barrage of new arrivals has meant that conditions have little improved.

The year 2012 brought hope of change. A new mayor, Erdeniin Bat-Uul, was appointed and his tenure coincided with a period of economic prosperity fuelled by a mining boom in copper, gold and coal. The year before his appointment Mongolia’s gross domestic product grew 17 per cent, one of the fastest rates in the world. Central Ulan Bator has been modernising accordingly. The Blue Sky Tower, the city’s tallest skyscraper, resembles a 105-metre-tall azure wind sail. Nearby, across Chinggis Khaan Square, is a Louis Vuitton store. Modern apartment complexes are replacing the bleak, prefabricated housing blocks of the Soviet era.

In February 2013, parliament approved adjustments to the city master plan, a document setting out the design and spatial strategies for the development of Ulan Bator until 2030, including the framework for improving the ger districts. The initial estimated cost of the plan is 54.3tn Mongolian tugrik or MNT ($28bn). It includes the construction of 10 regional towns, three satellite cities, a 170km railway, an airport and a mass transit system. Parts of the ger districts will be connected to the utility grid; other parts will be turned into apartment buildings through land-swap agreements with residents, who on the most part own their land. The aim is to move 70 per cent of families into modern flats by 2030.

In Bayanzurkh district on the city outskirts, next to a cemetery containing the tombs of Chinese martyrs, a tall wooden fence and two mangy dogs guard the Baatar family plot. In one corner is a white ger of the sort that has sheltered warriors and herders on the Mongolian steppe for centuries. These light, mobile structures are ideal for a nomadic lifestyle but less desirable for urban living. Baatar rents out hers, living instead in a one-bedroom, breeze-block house. Water is collected from a local kiosk. A pit latrine has been dug in a far corner.

Last winter, Baatar’s family burnt through two truckloads of coal costing MNT250,000 ($130) each. For a family with a monthly income of MNT300,000 ($155) it is a huge expense. (Baatar’s husband is unemployed; the World Bank estimates 62 per cent of ger residents are out of work.) Over a mug of steaming hot chocolate and boortsog — sweet, walnut-sized pastry clusters — I ask Baatar what the government could do to improve her quality of life. “If they could bring the pipes and connect us to the central heating, that would be nice.”

It is a dream that today seems distant. Since the government issued its updated master plan, Mongolia’s economic climate has become harder to predict. A slump in coal exports and foreign direct investment saw growth decelerate to 5.3 per cent in the first half of 2014. Key to reviving the economy is the resolution of a dispute about development costs at the Oyu Tolgoi copper mine, a joint venture between the government and mining company Rio Tinto’s Turquoise Hill Resources. Once it is fully operational, probably by 2021, the mine will contribute about a third of Mongolia’s GDP.

“We must admit that current economic conditions are slowing down the ger district development project to a certain extent,” says Ochirbat Sorogjoo, the deputy mayor of Ulan Bator. He adds that with the support of international bodies, such as the Asian Development Bank, the government is confident the plans can be implemented.

Others, though, are less optimistic. Temuulin Enkhmunkh, general director of the city’s economic development agency, says in economic terms the $30bn master plan is a fantasy. “That plan was done by the planners, not with an economist,” he says. “The amount of capital needed is so large, if we talk about that number we may as well pack up and go home.”

One way out of the impasse would be to approach redevelopment on a less grandiose scale, says Joshua Bolchover, an assistant professor in the architecture faculty at the University of Hong Kong. Working with the municipal government and the Asia Foundation, an NGO, Bolchover has designed three “intelligent infrastructure concepts” that can be built quickly, cheaply, and address the problem of waste disposal.

“I think there’s potential in thinking about urbanism through prototypes, as experiments, as explorations,” says Bolchover. “They could be a test bed rather than trying to replan the whole city at a cost of billions of dollars.”

Due to the hilly terrain and lack of proper roads it is difficult for rubbish collection trucks to access the ger districts, and street corners have become de facto refuse dumps. Costing about $40,000 each, Bolchover’s reinforced concrete structures will be built this spring and will function as waste collection points, while versatile internal spaces can be used as a shop, classroom or meeting place.

Building structures that are responsive to the needs of residents makes sense at a time of economic uncertainty and rapid social change. “At the moment you see being built typical generic housing blocks, which don’t reflect either the climate or the fact that these people were once nomads and have a clear connection to the land,” says Bolchover. The ger areas have an important function as a “hinge” between nomadic and urban life, as a space of assimilation, he adds.

Oyungerel Demberel, a 55-year-old retired teacher, moved with her husband from the countryside to a ger district in 1997. Last year they built a red-brick, two-storey guesthouse on their land, to serve as both a business and a home. “We thought about buying an apartment but our land is way more valuable,” says Demberel. This spring the family will be among the first ger residents to be hooked up to the city’s utility grid, bringing piped water and heating into their home.

For Demberel the cramped conditions of an apartment building are unappealing. “Living in an apartment is a different mentality because nomads live very far from each other, one hill is for one family,” she says. “It’s in the blood of Mongolian people, this vastness, the space and the nature.”