﻿ www.unuudur.com » Mongolians text ‘no’ to austerity

Mongolians text ‘no’ to austerity 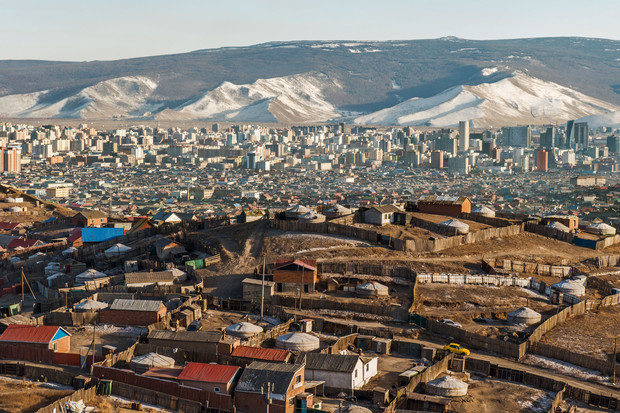 Mongolians have voted by text “X Factor” style and the answer is in: austerity is out, investment is in.

The referendum by text message, designed to shape the country’s economic policy, hands the green light to the government to pursue major mining projects, in turn possiby helping to loosen a political impasse over Rio Tinto’s Oyu Tolgoi copper and gold mine.

Projects such as Oyu Tolgoi, or rather Mongolia’s lengthy and increasingly urgent dispute with its owner Rio Tinto, the Anglo-Australian mining group, were at the heart of the four-day text poll.

Rio’s plans to expand the mine have stalled because it cannot agree terms with Mongolia over the $6bn project’s financing and revenue sharing.

Oyu Tolgoi is crucial to Mongolia’s economy with forecasts that it will generate a third of the country’s gross domestic product once it is fully operational.

The failure of the two sides to push forward with the mine’s second phase has hit economic growth, sending the country’s currency plummeting and casting doubt over its openness to foreign investment

About 10 per cent of Mongolians responded to Prime Minister Saikhanbileg Chimed’s appeal for a mandate for either of two politically unpopular choices: give the go ahead to large foreign-invested mining projects or accept austerity measures.

The votes came in at 56 per cent in favour of investment, 44 per cent for spending cuts.

Mongolia faces a sharp downturn in investment in mining, its chief source of income, thanks to falling commodity prices and years of haphazard policy making.

Spending promises conceived in expectation of windfall profits are eating into the budget and pushing the currency downwards.

Mongolia has made preliminary overtures to the International Monetary Fund for possible assistance, Bloomberg reported on Tuesday.

High quality global journalism requires investment. Please share this article with others using the link below, do not cut & paste the article. See our Ts&Cs and Copyright Policy for more detail. Email ftsales.support@ft.com to buy additional rights. http://www.ft.com/cms/s/0/03ef7eca-ac40-11e4-af0e-00144feab7de.html#ixzz3QpodFNue

“This referendum is a way to show popular support for decisions and to give Saikhanbileg some leverage over objections in cabinet,” said Julian Dierkes, who studies Mongolia at University of British Columbia.

Mongolian public opinion is torn between wanting the economic boost from mining investment, and deep concerns over foreign control over national resources and the environmental damage caused by mining in water-scarce regions.

The referendum questions did not specifically mention Oyu Tolgoi, where talks over a $6bn underground mine expansion have dragged on for nearly two years, but the results could give the government cover to advance negotiations with Anglo-Australian miner Rio Tinto.

The referendum is part of a series of moves by the governing coalition to resolve areas of friction with foreign investors. Mongolia recently allowed investors to reclaim exploration licenses that had been frozen during a lengthy anti-corruption probe.