Mongolia PM confirms agreement in principle on Rio Tinto mine 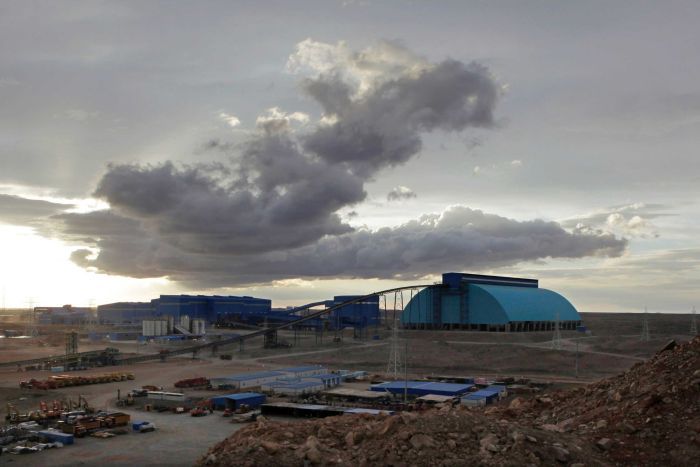 Mongolia says it has broken the deadlock in negotiations about phase two of Rio Tinto’s $12.6bn Oyu Tolgoi gold and copper mine, as the resource-rich country seeks to woo back foreign investors.

Foreign investors, whose dollars make up a big component of Mongolia’s $11.7bn economy, have been put off by a combination of falling commodities prices and quixotic policy making in Mongolia.

Expansion of the Oyu Tolgoi mine — which has been under discussion for two years — is a potent symbol of the frustrations on both sides. Rio Tinto, the Anglo-Australian miner, and the Mongolian government have clashed over a tax dispute and cost overruns during the first construction phase.

However, on Sunday evening, the Mongolian prime minister said agreement “in principle” had been reached with investors for building on the next stage of Oyu Tolgoi and the smaller Tavan Tolgoi coking coal mine.

“The two sides have reached agreement, in principle, on the main points of dispute. Soon we will officially announce these results to the international community, after bureaucratic levels finalise relevant steps,” said Saikhanbileg Chimed, prime minister, referring to Rio Tinto.

He did not provide further details. Rio Tinto’s spokesman in London would not comment.

For Mongolia, much rests on resolving the Oyu Tolgoi dispute. Foreign direct investment fell last year with the downturn in commodity prices. The currency is weakening steadily and debt payments are looming.

Between March 2017 and January 2018, external debt amounting to $1.08bn matures. Mongolia’s aim to roll this over will depend on the creditworthiness of its balance sheet.

A series of legislative changes has addressed a long list of investor concerns, he added. “In every aspect we are trying to fix it, acknowledge our problems, our mistakes.”

Mongolia is not the world’s most resource-dependent economy — it is outranked by some Opec countries — but it is among the top when it comes to mining. The commodities boom initially lifted its economy almost 12-fold from just over $1bn when the supercycle began a decade ago.

Negotiations with Rio Tinto, whose annual revenues are about five times Mongolia’s gross domestic product, have centred on the $6bn underground extension to the Oyu Tolgoi copper mine

Mongolia receives no dividends from its 34 per cent stake in the mine until borrowings on the original mine are repaid, which it hopes to be able to do via increased output.

But it can contribute little to financing the expansion. Rio Tinto earlier rejected a proposal for the government to take a smaller stake than its legally mandated 34 per cent in return for higher royalties.

For its part, Rio Tinto has been reluctant to commit to a remote and expensive copper mine when low prices are forcing spending cuts elsewhere. It has cut about $5bn in operating expenses globally since 2012.